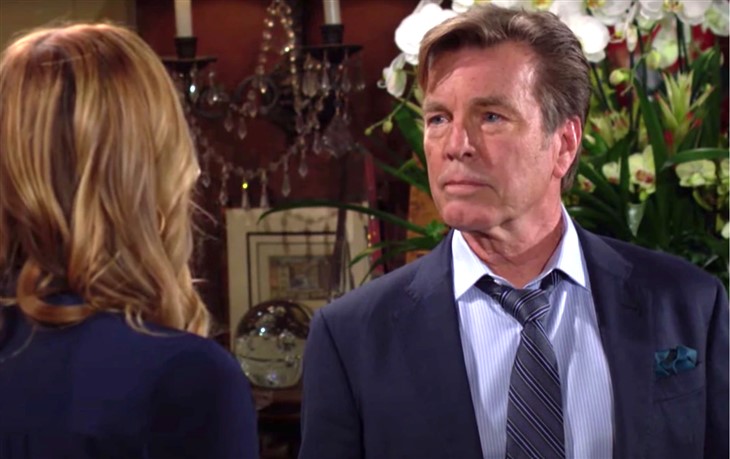 The Young and the Restless (Y&R) spoilers for Monday, June 27, 2022, reveal Jack hearing Phyllis out, but what will he do about it? Is he ready to give her another chance?

The Young And The Restless Spoilers – Phyllis Summers Makes Her Case

Jack Abbott (Peter Bergman) was pretty firm with Phyllis Summers (Michelle Stafford) when he told her their latest try at a relationship was over again when it barely had a chance to even start. He realized she just didn’t change and she’d just keep hurting him over and over again and he can’t do that in his life anymore.

Phyllis begged for his forgiveness but Jack was adamant, so she left town to visit her son Daniel Romalotti for a while and regroup. Now that she’s back, she already told Diane Jenkins (Susan Walters) she wants to make amends and Diane accepted her olive branch.

Sadly, it doesn’t look like Jack will. He still can’t forget every time she has hurt him through the years and tells her it is still over. He can’t trust Phyllis because she just proved it to him weeks ago. If she wasn’t able to change after all these years then, what makes him think she can change just like that?

Mariah Copeland (Camryn Grimes) and Tessa Porter (Cait Fairbanks) just got married in a fun 70s-themed wedding with all of their loved ones in attendance. But that doesn’t mean they are going to live happily ever after. They are on a soap, so that couldn’t be possible.

And now Tessa has some bad news to tell Mariah? What could it be about? Is it health news or does she need to go on the road again soon?

The Young And The Restless Spoilers – Where Is Nick Newman Headed?

Nick Newman (Joshua Morrow) has been at a crossroads in his life in both personal and professional ways. He is alone without a woman, he is not 100% sure what he wants to do with his career, and now his sister is in New York trying to start a new life. He has been there to comfort Sharon Rosales (Sharon Case), but is that enough?

Well, Nick decides to take a little break from Genoa City and figure things out. Where will he go and how long will he be gone? Stay tuned to The Young and the Restless weekdays to see how these stories play out.

Days Of Our Lives Spoilers: Sami’s Finds Belle And EJ Together