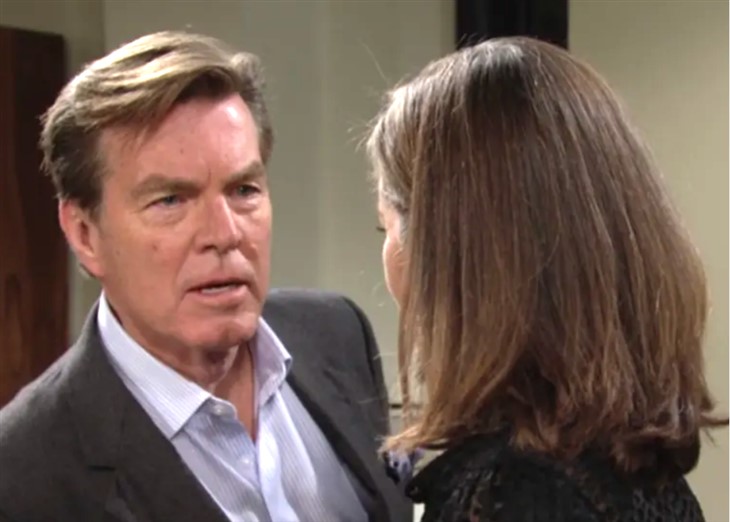 The Young and the Restless (Y&R)  spoilers for Wednesday, June 29, 2022, reveal Jack’s anger toward Phyllis making him do stupid things.

The Young And The Restless Spoilers – Will Abbott Jack Learn His Lesson?

Phyllis Summers (Michelle Stafford) certainly learned her lesson when she begged Jack Abbott (Peter Bergman) to hear her out and all he did was berate her instead, telling her she will never change and he will not be used by her just so she could throw a relationship in Diane Jenkins’ (Susan Walters) face.

Phyllis explained that wasn’t really happening at all but Jack refused to buy it. He is tired of women using him like this but also forgets who he really once was back in the day.

And for a man who is tired of being tricked and used, he certainly doesn’t seem wary of Diane. In fact, he seems to actually like her and thinks she really has changed. So, if Phyllis hasn’t changed, why would he think Diane has? It looks like Diane has Jack right where she wants him — and Kyle Abbott (Michael Mealor) too. It looks like in the eyes of the Abbott men, this woman can do no wrong. People have short memories, indeed, in GC.

While Elena Dawson (Brytni Sarpy) is out of town at a conference, Nate Hastings (Sean Dominic) has a job for Imani Benedict (Leigh-Ann Rose). Get Elena out of her contract with Newman Media so she can do podcasts for Chancellor-Winters. Imani says she will get right on it, but she does not get right on it. After all, she doesn’t want Elena working for Chancellor. She just wants Nate and wants to get Elena out of his life in any way she can.

After an argument with Chloe Mitchell Fisher (Elizabeth Hendrickson) last week about where their careers in fashion are going or not going, Chelsea Lawson (Melissa Claire Egan) is very curious when she gets a bit of a proposal from Billy Abbott (Jason Thompson). What business proposition does he have and should she go for it? As they talk, Chelsea also remembers when they shared a brief time together. Let us not forget that she is Johnny’s bio mom… Stay tuned to The Young and the Restless weekdays to see how these stories play out.