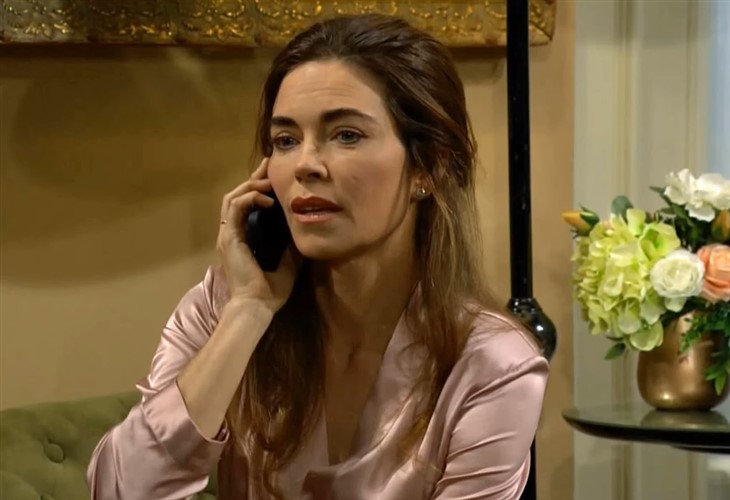 The Young and the Restless (Y&R) spoilers document that Victoria Newman (Amelia Heinle) has an agenda. The depth of it is yet to be revealed, though Ashland Locke (Robert Newman) appears to be all-in.

Victor Newman (Eric Braeden) was determined to push Ashland out of Newman-Locke and Victoria’s life. The Moustache succeeded in reestablishing sole control over the empire he built, as Newman Enterprises corporate crest now stands on its own.

However, a consequence that resulted from Victor’s pressure also served to force Victoria to take drastic measures.

The Young And The Restless Spoilers – All Hail Robert Newman

What a terrific actor Newman is. Loyal soap opera fans know that he was a staple in the home of millions who watched him embody one of daytime’s beloved and enduring characters, Josh Lewis (Newman), on the historic Guiding Light from 1980 through 2009, when the series sadly ended.

After performing in various roles on the small and large screen, serving as a voice-over actor, and performing on stage, this accomplished actor agreed to become the recast in the role Richard Burgi (Ashland) first filled last year. The transition could not have gone better.

Burgi established the character, and Newman has quickly carved his niche. The audience knows that the varied twists that have happened to date are not over. But what comes next?

If Victoria is what her father believes she is, a chip off the old soapy block, then she will come out on top. Her love for Ashland appears to have been sustained despite his incredible betrayal.

But, as her mother, Nikki Newman (Melody Thomas Scott), advised, Victoria does not have to overlook what happened. At this point in the plot, it is challenging to know what Victoria’s endgame is, which furthers the compelling story line.

It is intriguing to see the seemingly reunited love birds in the New York coup. How often can Victoria and Ashland be shown in their modest apartment before their projected business is launched. Then what happens?

TPTB can not possibly have this couple in a separate setting indefinitely.

The Young And The Restless Spoilers – Victor Newman Always Wins

Victor creates havoc and causes human damage. His methods of controlling his family are often harsh but well-intended.

He has regained full power at Newman Enterprises. Check. But his firstborn is estranged, which can not last indefinitely.

Ashland seems blinded by love. But he proved able to outwit Victor and Adam Newman (Mark Grossman) on more than one occasion.

Can Victoria handle Ashland on her own? If so, how will he react if she treats him as Victor has dealt with her?