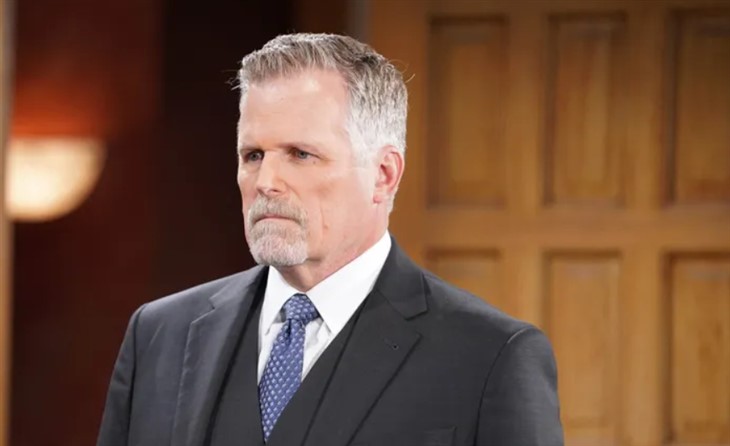 The Young and the Restless spoilers document that Ashland Locke (Robert Newman) is heading for another surprise. The Lockeness Monster will be royally played for a fool, unless he already suspects what Victoria Newman (Amelia Heinle) is doing or learns the truth and hides his reaction.

Victoria appears to have a special hold on Ashland’s heart. He fell in love with her after arriving in Genoa City, Wisconsin, while he was still married to Tara Locke (Elizabeth Leiner).

Meanwhile, Nick Newman (Joshua Morrow) is telling his father that he was trying to get under Adam Newman’s (Mark Grossman) skin. That comment came in response to Victor Newman’s (Eric Braeden) question about why Nick implied to Adam and Sally Spectra (Courtney Hope) that he might be getting back into the family business.

Nick sees a storm brewing. He thinks Victor can successfully stop Victoria and Ashland from starting their rival business venture.

Nick believes that Victoria and Ashland will strike back if the Moustache does so. The fact that Victoria appears to again be under Ashland’s control frightens Nick and Victor, with each man approaching the problem from different angles.

Nick wants to get Ashland out of his sister’s life, avoid a hard family break, and address the damage that already exists as soon as possible.

The audience appears to have learned that Victoria is playing a game with Ashland. With whatever Victoria’s feelings for him, she seems to be following her mother’s advice.

Nikki Newman (Melody Thomas Scott) told her daughter that she did not have to forgive what Ashland did, even though he saved her life. Victoria appeared to agree but then announced her resignation as Newman Enterprises’ Chief Executive Officer.

Victoria’s subsequent move to New York was a statement. She wanted to get away from her family, meaning her father in particular. That now seems to have been a lie intended to fool Ashland.

If Victoria is conning Ashland, as looks to be true, then he will be infinitely crushed. Ashland will have lost his love in this presumed instance and the rest of his fortune.

Ashland having no money and no chance at redemption with Victoria by his side is a dangerous endgame. He will have nothing to lose and will be cornered.

If Victor is not aware of his daughter’s true intentions at that time, then someone else will need to be. While Victoria can outthink Ashland, she may not be able to fend off a revenge attack that could range from a verbal lambasting to a kidnapping in the Big Apple.