Y&R Comings And Goings: Diane Back From The Dead, Kyle Return Looms 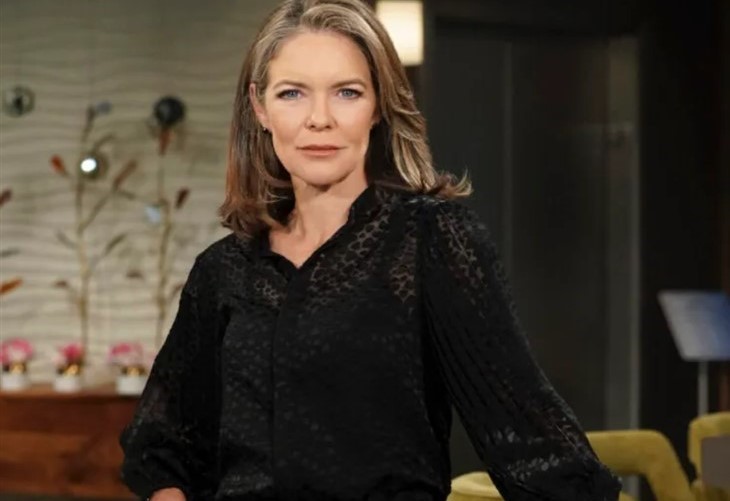 The Young and the Restless (Y&R) spoilers for the week of March 28, 2022 reveal that there is a shocking return from the dead to talk about and a favorite son returns home—but what about his wife?

Diane Jenkins (Susan Walters) is back in the land of the living and fans are scratching their heads—didn’t Nikki Newman (Melody Thomas Scott) kill her way back when? Also, look for Kyle Abbott (Michael Mealor) to return, albeit not from the dead, just from Italy.

The Young And The Restless Spoilers –  A Zombie Apocalypse

Susan Walters is back to Genoa City, Wisconsin as Diane Jenkins. Surprise! Diane was “killed” in 2011 when Maura West (Ava, General Hospital) was in the role. Walters played Diane from 2001 to 2010 and it’s time for a return. What gives? No deets have been revealed about the character’s comeback, except that she will be involved in the Jack Abbott (Peter Bergman) storyline with his newfound granddaughter Allie (Kelsey Wang).

Y&R Brings Back A Fan Fave

Michael Mealor is back as Kyle Abbott. It makes sense since not quite dead Diane is his mother. He came on as Jack’s son in 2018 and departed last August. He and wife Summer Newman (Hunter King) have been seen occasionally since then but it’s now official, Kyle is returning to town fulltime.

What about Summer? There is no word on that front so fans will have to wait to see how the show handle’s Kyle’s return. Skyle are working and living offscreen in Italy and raising his son Harrison. Perhaps the couple have a fight and Kyle leaves to come back home alone? Or maybe he comes back to reunite with his not so dead mom?

The possibilities are endless and Skyle fans might be hoping for a recast if Hunter does not return. There is plenty of story to play out either way, and the next few weeks and months should bring the drama that Y&R fans love.

That begs the question, What about Kyle’s wife Summer? There’s no word how the missing character, last portrayed by Hunter King, will be addressed.

DOOL Spoilers: Brady And Chloe Make Love, Then What?

Y&R Spoilers: Diane Has More Than One Ace – Phyllis And Friends Destined To…