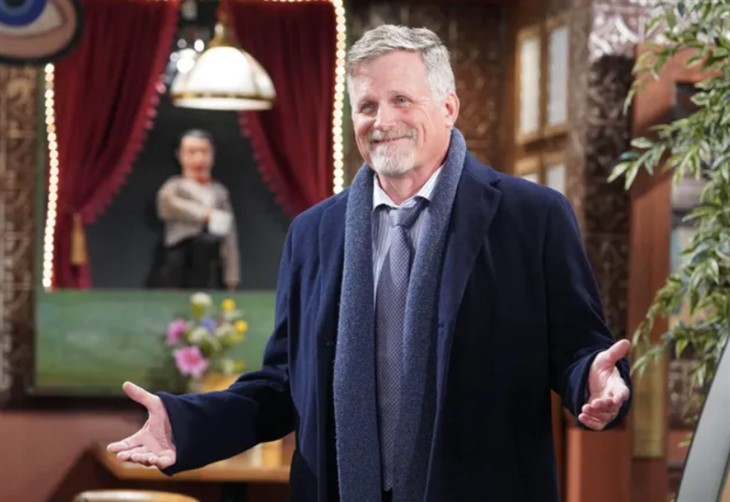 The Young and the Restless spoilers for the next two weeks are in. From March 21 to April 1, Ashland Locke (Robert Newman) spirals out of control. Victor Newman (Eric Braeden) gets a surprise visitor, which might be Michael Baldwin (Christian LeBlanc). Plus, Jack Abbott (Peter Bergman) and Allie Nguyen (Kelsey Wang) seem to both be in serious danger.

The Young And The Restless Spoilers – Bombshells And Revelations

Y&R spoilers for the week of March 21 reveal that Victoria Newman-Locke (Amelia Heinle) gives Ashland one last chance to confess. However, Ashland isn’t giving up everything he’s worked to attain. When things spiral out of control, Ashland will plot his escape.

Victoria still won’t admit the harsh truth, which forces Victor and Nikki Newman (Melody Thomas Scott) to stage an intervention. It is also confirmed that Adam Newman (Mark Grossman) threatens Ashland while Victor tries to get Billy Abbott (Jason Thompson) to back off.

Jack shares news about Allie with Traci Abbott (Beth Maitland) and Billy Abbott (Jason Thompson). However, they encourage him to bring Allie into the family fold. However, Ashley Abbott (Eileen Davidson) has a bad feeling. After getting guidance from Phyllis Summers (Michelle Stafford), Jack goes back to L.A.

Jack will also get another mysterious text and it’s not from Allie. Meanwhile, Allie falls asleep on her late father’s couch. A dark figure is seen walking past the couch and stops to look at Allie. The young woman wakes up suddenly and is terrified. It is teased that Jack will walk into a dangerous trap, but Allie might be in danger too.

It is also teased that Chelsea will be comforted by Rey Rosales (Jordi Vilasuso). Could this lead to more and if so, will Sharon Rosales (Sharon Case) find out?

During the week of March 28, Phyllis and Lauren Fenmore Baldwin (Tracey E. Bregman) both confide in each other. Victor will get a surprise visitor, which we hope is Michael. Sharon will see another new side of Noah Newman (Rory Gibson).

Plus, Abby Newman-Abbott-Chancellor (Melissa Ordway) will go through more tough times. It seems Chance Chancellor (Conner Floyd) might struggle with therapy. If Chance keeps snapping at Abby, Ashley might come in to offer support.