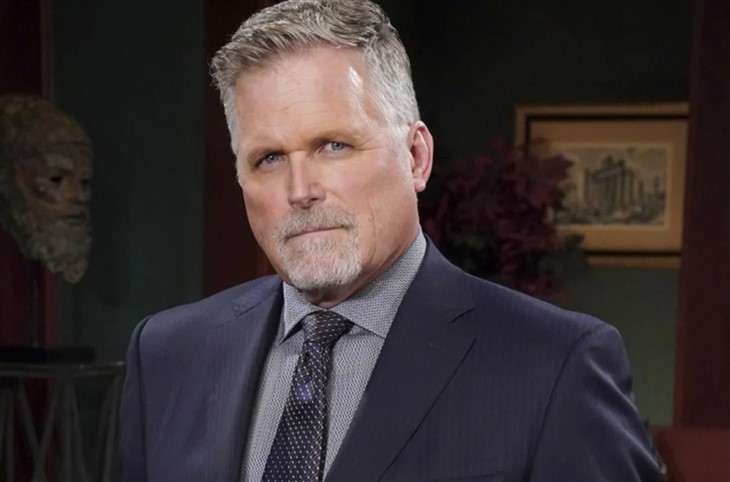 The Young and the Restless (Y&R) spoilers reveal that Ashland Locke’s (Robert Newman) cancer scheme is now public knowledge. Despite the villain’s sins, Ashland genuinely is in love with Victoria Newman-Locke (Amelia Heinle). Victoria seems to be playing Ashland right now, but could Ashland save his marriage by redeeming himself? Could “Ashtoria” still have a chance?

The Young And The Restless Spoilers – Using Victoria Newman-Locke

Y&R spoilers reveal that fans suspected Ashland was just using Victoria ever since the beginning of their relationship. Victoria seemed hesitant when Ashland first made the moves on her. However, she soon gave in, and fans had to wonder if she was playing him just as he was playing her.

Soon, Victoria fell head over heels for Ashland. Although Ashland always said the right words, it was hard to tell if his affection was genuine. It’s possible that Ashland never imagined falling in love with Victoria.

At the same time, if he really cared about her, Ashland would have confessed without being forced. Victoria now realizes the truth about Ashland. Victoria is heartbroken and humiliated.

The Young And The Restless Spoilers – Playing A Player

The Young and the Restless spoilers reveal that there is a twist coming up with “Ashtoria.” Despite knowing Ashland’s a con artist, Victoria will accept his apology. Victoria tells her family that she is going to handle Ashland as she sees fit. It is speculated that Victoria has a plan to make Ashland suffer while pretending they are okay.

However, fans have to wonder if Victoria is really plotting against Ashland or if she’s just telling her parents what they want to hear. Maybe Victoria is still in love with Ashland despite his deception. Victor Newman (Eric Braeden), Nikki Newman (Melody Thomas Scott), and Nick Newman (Joshua Morrow) have every reason to be concerned.

Despite Ashland’s deception, actor Robert Newman told Soap Opera Digest that the “Locke-ness Monster” has a genuine love for Victoria. So, it’s possible that Ashland could find a way to redeem himself in Victoria’s eyes.

“Ashland’s love for Victoria has really upended his world. Yes, he’s done all these terrible things but his desire to save their marriage is 100 percent true.”

Newman also stated that in Ashland’s eyes, Victor and the rest of Victoria’s family just want to destroy his marriage.

“Unfortunately, it’s one of those I’m-pedaling-as-fast-as-I-can things where Ashland is trying to stay a step ahead of Victor and the other people actively trying to destroy his marriage. If he can just get Victoria alone, he feels he can convince her of his love for her, but will she even give him that chance?”

Days Of Our Lives Spoilers: TR Won’t Risk Exposure, Will He Pull Plug On Eli?

90 Day Fiance Before The 90 Days Spoilers: Gino Is Paying For Jasmine’s New Apartment