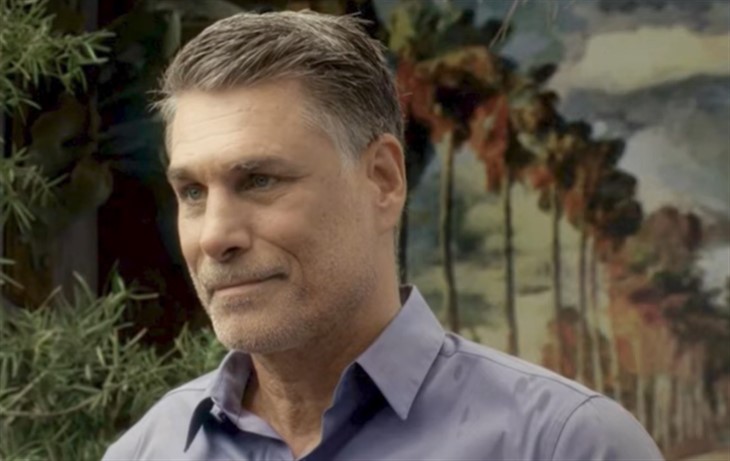 The Young and The Restless spoilers and updates tease that Jeremy Stark (James Hyde) must be stopped! Jack and Kyle Abbott (Peter Bergman, Michael Mealor)  both try to scare him off but Stark doesn’t scare that easily; could a Jack and Victor Newman (Eric Braeden) combo work better?

The Young And The Restless Spoilers – Jack Abbott Tries A Bribe

First, Jack tries a bribe since Jeremy talked about a financial score being settled with Diane, but it looks like that isn’t going to work. Diane comes clean with Jack that it was Jeremy’s money that she used to get her real estate license, buy her house and change her life. Jack notes at least she put it to good use even if he did likely come by the money illegally; Kyle also threatens Jeremy, telling him to stay away from Diane.

Poor Diane is terrified, knowing firsthand the dangerous man that Jeremy Stark is. At least she doesn’t have to worry about losing Jack to Phyllis Summers (Michelle Stafford) although losing him, her family and herself to Jeremy is a distinct possibility.

Nikki Newman (Melody Thomas Scott) and Ashley Abbott (Eileen Davidson) both wanted Diane out of town, but not by Phyllis so recklessly making everyone Jeremy’s target. But Phyllis wasn’t thinking about anything except getting rid of Diane and getting rid of her competition for Jack-good luck with that, he told her off. Summer Newman-Abbott (Allison Lanier) also told off her mother for bringing danger to their door, including Harrison Locke (Kellen Enriquez).

The Young and the Restless spoilers show Victor counts Harrison a member of the family as well as Summer, and Jeremy Stark is a real threat to his family as well. Victor and Jack have teamed up against common enemies in the past, and may have to do so again to rid themselves of Stark.

Jack and Victor may assume that Tucker McCall (Trevor St. John) would be working with Stark, but that might not be necessarily true. He helped Diane get away from Stark in Los Angeles, and he has a vested interest in keeping Ashley safe. It’s assumed Tucker is trying to go through Ashley to take over Jabot but that may not be true-he may have real feelings for his ex.

Jack, Victor, and Tucker may team up in an unlikely combo to rid their loved ones of Jeremy Stark if Jack and Victor can’t do so on their own. Tucker may spin it to make himself a hero, but maybe he’ll actually be one if he’s successful in getting rid of the threat.