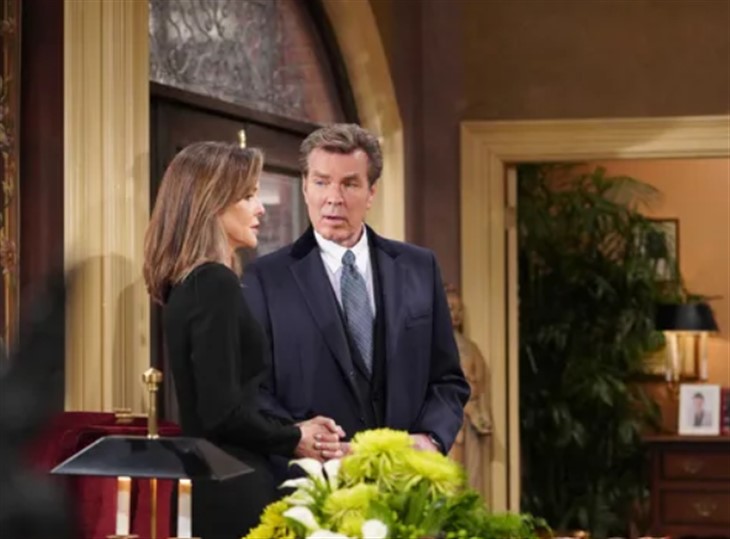 The Young and the Restless spoilers show that Jack Abbott (Peter Bergman) has been trying to keep a ‘safe’ distance from Diane Jenkins (Susan Walters) since she arrived back in Genoa City. There is a lot of history between them, and he did not want anything coming up and getting in the way of her relationship with Kyle Abbott (Michael Mealor).

However, Jack and Diane continue to have close moments, where it almost feels like they are about to kiss but don’t. It seems like something is about to happen between the two of them, and when it does, it will change everything. I also believe that Ashley Abbott (Eileen Davidson) will come between the two of them and disrupt their mingling.

The Young And The Restless Spoilers – Ashley Abbott Catches Her Brother In The Act!

Just as we witnessed Chance Chancellor (Conner Floyd) and Amanda Sinclair (Mishael Morgan) walk in on their loved-ones cheating on them, I believe that Ashley is going to unexpectedly walk in on her brother with Diane and not only surprise herself, but shock her family with the news.

There will be a moment when Jack and Diane give in to their temptations and whether we like it or not, they will kiss and mostly likely sleep together. Of course, this is going to cause nothing but problems, especially if Ashley is the one that finds out. She will do everything in her power to intervene, and possibly even try to fight with Diane and get her out of her house.

Y&R Spoilers  – Are They Meant To Be?

There has been a lot of speculation and conversation happening around whether or not Jack and Diane should be together, While I go against the grain a bit with my opinion, I say let them go for it. If it’s not meant to be, Ashley and the others will make a big stink about it, but what if this is truly Jack’s shot at happiness?

We’ve already been through Diane’s story and how she has found redemption, so why not let them have a chance to be happy? They could legitimately be perfect and once everyone finally comes around to accepting Diane back into Genoa City, we can finally move on with this and get to more exciting storylines.

What do you think? Should we just give Jack and Diane and a chance and do you think Ashley Abbott will be the one to shut it down should they try? Share your thoughts and remember to keep watching the CBS soap to see what happens next.