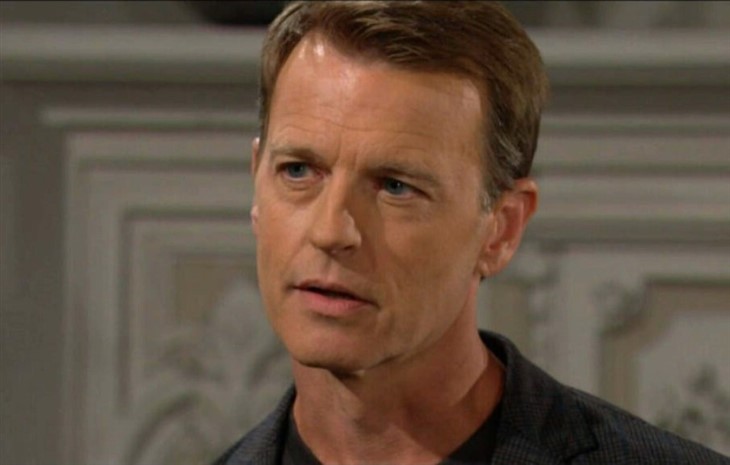 The Young and the Restless (Y&R) spoilers tease that the cat is out of the soap bag, Trevor St. John is playing a recast Tucker McCall on the CBS sudser. The character was last seen in May 2013. Just who is Tucker and why is he such a big deal? Let’s unpack the soapy shenanigans Y&R fans!

The Young And The Restless Spoilers – Who Is Tucker McCall?

Tucker is a big deal in part because of who he is related to and who he was involved with in the past. He is the late son of Katherine Chancellor (Jeanne Cooper) and dad to Devon Hamilton (Bryton James). In short, this connection made Devon a non-self-made billionaire when Katherine bequeathed him her mega fortune.

It gets better! Tucker was married to Ashley Abbott (Eileen Davidson) and Sharon Rosales (Sharon Case). But wait, there’s more! He had a fling with Diane Jenkins (Susan Walters) and was involved with Jill Abbott (Jess Walton). Needless to say he is a lady’s man and this will prove very interesting when he finally reappears in GC.

On the business side of things, he once was a shark who took on the Newmans and the Abbotts. At some point he went the way of contemplation of the navel, and was last heard to be living it down in an ashram. So, will he return to town as a guru or as an overlord?

Stephen Nichols (Patch Johnson, DOOL) was the past Tucker, but Trevor St. John was tapped to play the recast character. What will Tucker 2.0 get up to?

The Young And The Restless Spoilers – Tucker McCall Mixes It Up

Explosive show spoilers real that Tucker hits the ground like a typhoon and makes waves professionally and personally. Look for him to enrage Victor Newman (Eric Braeden) and be up to no good with Diane. That will enrage Victor even more.

He will interact with his son when Devon brings him into the C-W fold at a crucial time, with an IPO on the line. Will he bring a back door shadiness to C-W that shocks goodnik Devon, maybe getting in bed with upstart Nate Hastings (Sean Dominic)?

In a sizzling sister soap crossover, The Bold and the Beautiful’s Deacon Sharpe (Sean Kanan) told Nikki Newman (Melody Thomas Scott) that he remembered Diane in LA living large in someone’s Bentley; that was likely Tucker’s ride. Their connection will bring shock and awe to GC Y&R fans!