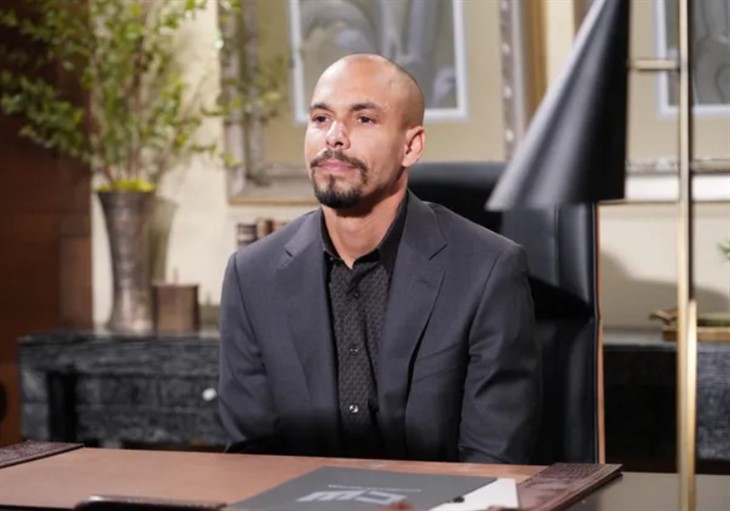 The Young and the Restless spoilers reveal that Nate Hastings (Sean Dominic) thinks he has the way to get power and control. However, Nate’s scheme could end up backfiring if Devon Hamilton (Bryton James) is already onto him. Let’s discuss how this storyline could develop over the next few weeks.

The Young And The Restless Spoilers – Nate Hastings’ Thirst for Power

Y&R spoilers reveal that Nate’s character has really changed. After leaving medicine, Nate took a job at Chancellor-Winters. Even though a business career was a change of pace for Nate, he seemed excited about the challenge.

However, Nate’s ego is inflated and he seems to be craving power and control. After losing his temper, Nate quit Chancellor-Winters. Then, Nate decided to go straight to Victoria Newman (Amelia Heinle).

Nate tried to make a deal with Victoria after he quit Chancellor-Winters. Nate suggested that he could provide Victoria with secret information that would give Newman Enterprises a leg up. Victoria was surprised that Nate would betray his own family. Victoria must be wondering if Nate could turn on her at any time.

In the end, Victoria got Victor Newman’s (Eric Braeden) approval. Then, Victoria made the deal with Nate despite the risks of being charged with insider trading. When Jill Abbott (Jess Walton) announced to the Chancellor-Winters team that they were going public, Nate had already been rehired. Immediately afterward, Nate called Victoria and told her the news.

The Young And The Restless Spoilers – Elena Dawson’s Breakup

The Young and the Restless spoilers reveal that Elena Dawson (Brytni Sarpy) will give Nate an ultimatum. It seems that Nate refuses to back down, which prompts Elena to break up with him. Nate isn’t the man that Elena fell in love with. In fact, Elena doesn’t even know who this person is anymore.

Elena might share some of her concerns with Devon. Knowing Nate is out of control and worried about the future of Chancellor-Winters, Devon could set a trap. Maybe Devon will suspect that something isn’t quite right with Nate begging for his job back. Plus, with any intel Devon gets from Elena, Nate’s plan could completely backfire.

There is also Audra Charles (Zuleyka Silver), who asked Nate to give her the background stories on all the team members. Audra claimed that she wanted to know about everyone before the first meeting.

However, we have a feeling that Audra has some surprises in store for viewers. Could her arrival have less to do with business and more about Nate? Perhaps Nate will be the one to be blindsided. After all, it can’t be a coincidence that the first person Audra interacted with was Nate,