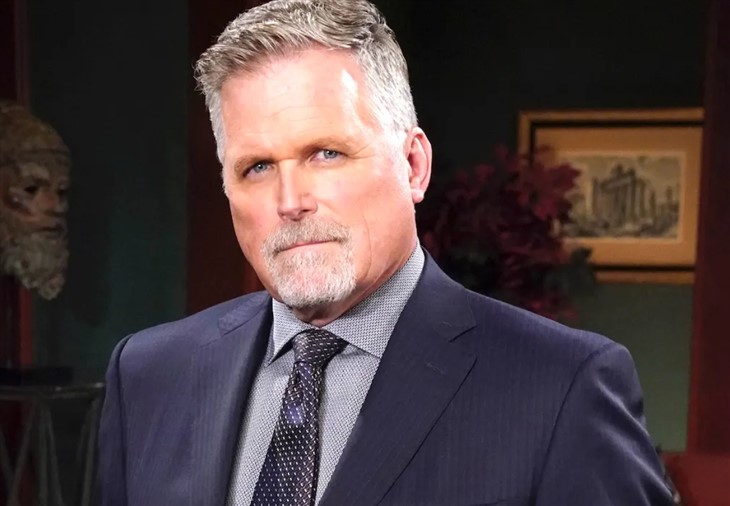 A Build Up, No Bite

The Young and the Restless spoilers show that when Ashland Locke (Robert Newman) first appeared on the screen he was a calculating, cold, and self-centered man who would do literally whatever it took to get what he wanted.

He didn’t let anyone in his way and even as a young man assumed the identity of his deceased friend, built an empire, and earned the nickname ‘The Lochness Monster’ due to his ruthless abilities.

The Young And The Restless Spoilers – Titans Go Toe To Toe

Over the decades, there has rarely been anyone that could go up against Victor Newman (Eric Braeden) and come out on top. However, over the time that Ashland was in Genoa City, they continued to build him up as a titan… Someone who could walk into the ring with someone like Victor and walk out victorious.

While it was never going to be a victory for him, let’s be honest, we definitely expected some fireworks and back and forths that would make Victor shake in his boots. Sadly, this didn’t seem to happen and in fact, about the only time that Ashland had the upper hand was when his men found captured Michael Baldwin (Christian LeBlanc) for a few episodes.

Even though they would never let Victor lose, we still expected someone they built up for over a year to put up some kind of a fight, and have a decent end to the story. What we got though was a quick right hook, a bump on the head, and a “car accident” off-screen.

This has been one of the biggest letdowns in recent memory on the show. For such a powerful man to be relegated to a five-minute end scene where they are killed forever seems lackluster to say the least.

What we should have gotten was Locke believing he got the upper hand on Victor, only for Victor to trap him in his own ambitions and either die in his own trap or be arrested for some kind of setup.

Something where he could have gone out with a little more “oomf.” Instead, it feels like they realized they only had Robert Newman for 4 more days on contract and had to shoestring something together. This is how they ended Rey Rosales’ (Jordi Vilasuso) story so suddenly… Imagine… They knew when Newman’s contract was up and they still planned it like this.

What do you think? Was Ashland’s ending a letdown to you and how do you think they should have had him go out? Let us know in the comments below.