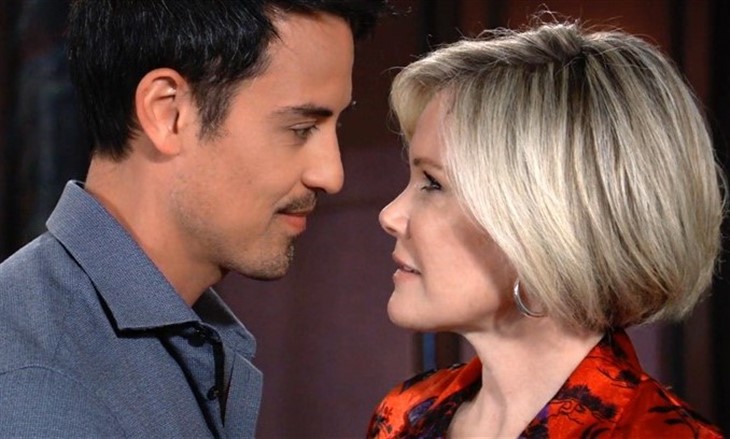 Instead of “Showdown At The Ok Corral” it’s showdown at the Cassadine castle as Nikolas races to Wyndemere to save his wife from Ryan Chamberlain’s (Jon Lindstrom) spawn. Nikolas fears that Esmé will kill Ava before he can get there to save her because of the threats made when Esmé spun out verbally and a horrific argument ensued. Nikolas couldn’t stop Esmé from telling in public court what had happened between them, and lucky for him Ava believed it was just another one of Esmé’s many lies.

But now the two women are in a showdown that could mean life or death for either of them, and Nikolas would rather that Ava was the winner. His eyes were really opened to just how evil Esmé really is and how she is a danger to the entire Cassadine family.

GH Spoilers – Nothing Like A Catfight To Ruin Someone’s Day

There’s nothing like a catfight to ruin someone’s day, and it certainly is going to ruin Ava’s if Esmé gets the best of her. Esmé had returned to Spoon Island straight from Trina Robinson’s (Tabyana Ali) trial at the courthouse to get her things and make a hasty exit out of Port Charles.

According to General Hospital spoilers, Nikolas gets to the castle and he yells for Ava, and cannot find her anywhere; he knows that’s where she was going hot on Esmé’s heels. Wyndemere Castle is a big place with several wings and it is a castle, complete with parapets and what serves as a moat. It’s a long fall from the parapet on the upper floor down to the waters below, and the last to fall from it did not survive.

His former lover Katherine Bell (Mary Beth Evans) was pushed off twice by Helena Cassadine (Constance Towers). Nikolas does not want a repeat performance with Ava as Katherine and Esmé as Helena, and checks the parapet and there they are.

It’s a real bad hair day for Esmé as Ava has managed to push her off the edge of the parapet and there she hangs by her long hair. Nikolas and Ava are both very tempted just to get a scissor and give Esmé her final haircut, but they decide to take the high road.

If Esmé’s hair hadn’t tangled on something she’d have fallen in the ocean and Nikolas remembers what happened to Katherine after she fell. It’s a very tempting thought at this point because now he sees through her manipulations clearly and how dangerous she really is, and they decide to let her hang a while. The PCPD is called and they can rescue Rapunzel, she’s not going anywhere.