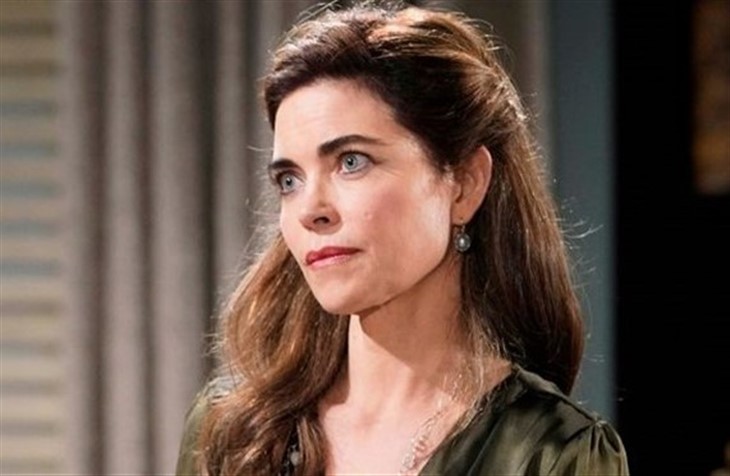 The Young and the Restless spoilers document that Victoria Newman (Amelia Heinle) put Newman Enterprises at risk in the recent past. She did so when allowing herself to be distracted by Ashland Locke (Richard Burgi and Robert Newman).

Now, Nate Hastings (Sean Dominic) is offering an intriguing get. He wants to serve as a sinister conduit, providing intel about Chancellor Winters to Victoria with the intent of allowing her to complete what would be a hostile takeover.

Lily Winters (Christel Khalil) would likely not see this coming. Devon Hamilton (Bryton James) would have every right to tell her and others, I told you so, if Nate betrays their family trust in such a vile manner.

Jill Abbott Atkinson (Jess Walton) is a great business leader and a resilient power broker. She is no longer based in Genoa City, Wisconsin, with Walton’s character becoming recurring in recent years.

There is no way that Jill would allow CW to be stolen by Victoria and Victor Newman (Eric Braeden) without a brawl ensuing. Whether Jill’s cunning would be enough to prevent a takeover could be tied to the timing of when all factors become known.

The Young and the Restless spoilers show Nate is foolishly allowing himself to be pumped up by a dirty player. Imani Benedict (played by stand-in Denise Boutte, while Leigh-Ann Rose is off temporarily) has intended to personally tie herself to Nate since the moment she first saw him.

Imani has no respect for Elena Dawson (Brytni Sarpy), who is supposedly the woman Nate loves. But viewers see the easy setup, with Imani supplanting Nate and becoming more than his business champion.

Nate’s previously demonstrated ability to betray Devon’s trust by pairing with Elena, laid the groundwork for what is happening now. Devon’s instinct, in pushing back on Nate’s aggressiveness, has resulted in the underhanded offer being made to Victoria.

Victor needed to step back from the day-to-day running of the company he founded a few years ago due to his rare blood disease diagnosis. But he has kept his hands in the corporate cookie jar.

The moustache would likely be all for Victoria seizing CW, as doing so would represent a two-fold victory. The company would gain a valuable and sizable asset. Secondly, Victor would come full circle, as he was initially recruited to GC, by the late great Katherine Chancellor (Jeanne Cooper) to run Chancellor and Victor’s right-hand man and protege, the late great Neil Winters (Kristoff St. John), founded the Hamilton-Winters Group that recently merged with Chancellor Industries on Y&R.