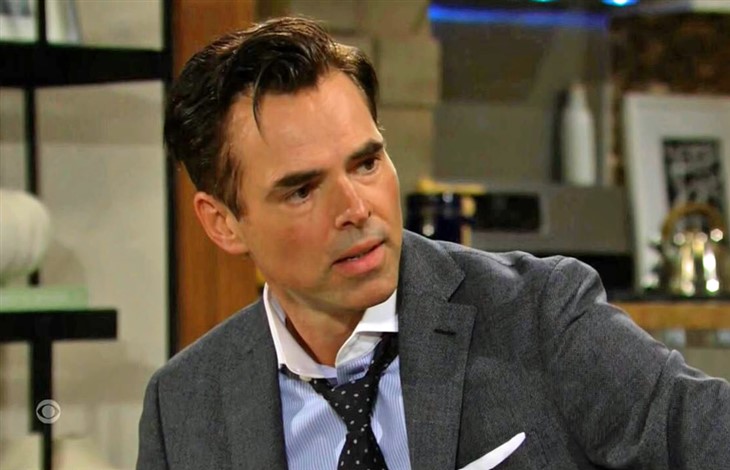 The Young and the Restless spoilers reveal that Billy Abbott (Jason Thompson) makes a risky bet. This is what Victor Newman (Eric Braeden) and Adam Newman (Mark Grossman) are counting on. Billy can’t resist a gamble, even when it comes to ChancComm. Out of options, Lily Winters (Christel Khalil) calls Jill Abbott (Jess Walton).

The Young And The Restless Spoilers – Jesse Gaines’ Hand Forced

Y&R spoilers reveal that when Jesse Gaines (Jamison Jones) went to Billy, he begged for help. Jesse had a wild story about how he got from Tuscany to the United States. Jesse also suggested that Victor and Adam were going to have him killed and begged Billy to protect him. Jesse seemed to be on Billy’s side in taking down Victor and Adam, as well as exposing Ashland Locke (Richard Burgi). However, Jesse was forced to play that role by Victor and Adam.

It is teased that Billy will try to strike back. The article about Ashland was published without Billy or Lily’s approval. It seems that someone hacked into Billy’s email and told a reporter to publish it immediately. The reporter had no reason to suspect the email wasn’t actually from Billy, so she did as instructed.

The Young And The Restless Spoilers – Lily Winters’ Damage Control

The Young and the Restless spoilers reveal that Billy will continue to spiral out of control. Lily wasn’t on board with Billy working with Jesse from the beginning. Lily has become increasingly concerned that this whole revenge scheme will end up biting them. Lily was right to be concerned but Ashland’s threat to sue ChancComm is just the beginning.

The Young and the Restless Spoilers – Calling Jill Abbott

It is teased that Lily will feel she has no choice but to call Jill Abbott. The character’s return was confirmed and fans suspected it had to do with Billy’s actions toward Victor, Adam and Ashland. Now the question is what is Jill going to do? It is hinted that Jill is going to clean up Billy’s mess and save ChancComm. Plus, Jill is going to make some shocking changes when it comes to business.

What do you think Jill will do when she gets the emergency call from Lily? What dangerous bet does Billy make and how will it affect Jesse, Victor, Adam, Lily and ChancComm? Let us know your thoughts and remember to keep watching the CBS soap to find out what happens next.