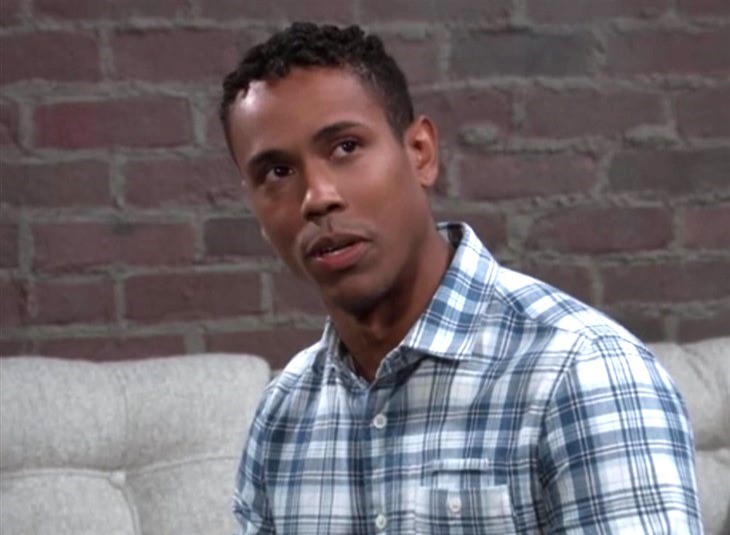 General Hospital spoilers tease that TJ Ashford (Tajh Bellow) only graduated from medical school less than a year ago, but it has been quite a difficult time for the young man. He lost his first patient when Harmony (Inga Cadranel) succumbed to her injuries after a traumatic car accident. TJ took it hard, especially because he is close friends with Harmony’s daughter, Willow Tait (Katelyn MacMullen). Then he had to tell a pregnant Willow that she was suffering from leukemia. And just this week, another one of TJ’s friends, Brando Corbin (Johnny Wactor) also passed away after he was attacked by Captain Hook.

General Hospital spoilers show TJ and Brando were not always friends. Over a year ago, TJ was kidnapped by Cyrus Renault (Jeff Kober). His girlfriend Molly Lansing-Davis (Haley Pullos) thought that TJ had left her and had a one-night stand with Brando. Molly kept that fact a secret for a long time and even though he said that he understood, he was still visibly hostile with Brando, with whom he had just met and started becoming friendly toward.

Although it took some time, Brando and TJ did renew their friendship. TJ and Molly also went through a ceremony to become domestic partners and then TJ graduated from medical school. It seemed as though his life was finally about to really begin. But TJ has had a hard time since becoming a doctor. Harmony’s death hit him particularly hard, and he sought the advice of Dr. Britt Westbourne (Kelly Thiebaud). Britt warned TJ to make sure that he took time for himself.

TJ took Britt’s advice to heart and he and Molly planned a nice relaxing vacation by the beach. But when his newly discovered grandfather, Marshall Ashford (Roger Gossett) disappeared once again, Molly and TJ canceled their vacation plans and instead went to New York City to locate him. Marshall came home but TJ neglected his own self-care. As he faces more trauma and even death at General Hospital, TJ could soon crack under the pressure.

Is TJ handling the stress of being a doctor? Does he need to take some time off to care for himself? Will another death make TJ crack under the pressure? Anything can happen in Port Charles so stay tuned to General Hospital airing weekdays on ABC. And don’t forget to check back right here regularly for all your General Hospital news, information, and spoilers!