Y&R Spoilers: Ashland Locke Refuses To Back Down 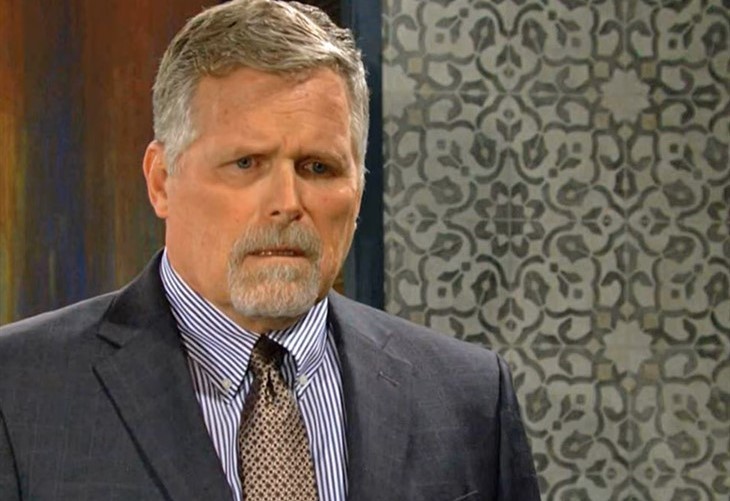 The Young and the Restless (Y&R) spoilers for Monday, April 4, 2022, reveal Ashland Locke still trying to get away with everything.

The Young And The Restless Spoilers – Will Ashland Be Foiled And Fooled?

It doesn’t matter to Ashland Locke (Robert Newman) that just about everyone is onto him. Wait, in fact, everyone is onto him. The man who has done nothing but lie since the day he arrived in Genoa City has been caught but he is not about to admit that to anyone. Nate Hastings (Sean Dominic) is the one who gets on his case more on Monday about just coming clean, but Ashland stands his ground and won’t do that.

After all, Victoria Newman Locke (Amelia Heinle) believes his lies, right? And she is taking him to Tuscany again so that’s all that counts. Of course, he has no idea what awaits him in Tuscany and what Victoria has planned. Or does she? Will they both try to outwit the other not knowing what one another is up to?

Now that Nate has a brand-new place to live with Elena Dawson (Brytni Sarpy), she has a big surprise planned for him, but things don’t end up working out quite the way she wanted. Her plans hit a big detour and does that come from Nate trying to get Ashland to just come clean?

Elena just wants to forget that man was ever in their life and start over. She knows that Nate feels hurt and betrayed by this alleged friend who he trusted so much. Will Elena finally get her plans off the ground by Tuesday?

It looks like Sharon Collins (Sharon Case) is in another marriage that’s doomed to fail. She and Rey Rosales (Jordi Vilasuso) barely ever get along, and when they do, they are like a boring old married couple and have only been married for 15 months.

Maybe that’s why Rey seems to be drawn to Chelsea Lawson (Melissa Claire Egan) and her to him. Both of them need something more in their lives. With Rey set to leave the show soon, what will ultimately happen between him and Chelsea? Stay tuned to The Young and the Restless weekdays to see how these stories play out.

Days Of Our Lives Spoilers: The Devil Takes Over Allie