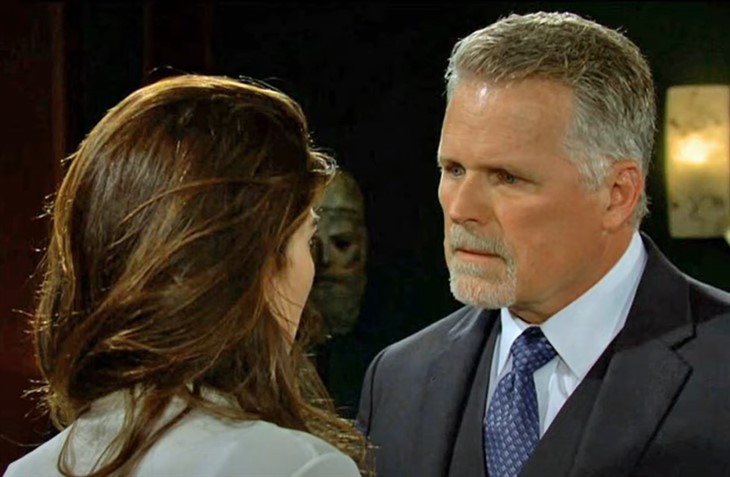 The Young and the Restless (Y&R) spoilers document that Victoria Newman (Amelia Heinle) remains furious with her now annulled husband. But do those continued emotions reflect that love is still in her heart?

Ashland Locke (Robert Newman) decided that he would not take his money and run. He recently decided to give half of the five-hundred million to New Hope, which Nick Newman (Joshua Morrow) was not grateful to receive.

Teasers indicate that Adam Newman (Mark Grossman) and Sally Spectra (Courtney Hope) are scheming to help Ashland win Victoria back. Their efforts with the Lockeness Monster are purely self-promoting and have nothing to do with what may be best for Victoria, the Newman family, or the restored Newman Enterprises.

The Young And The Restless Spoilers – Take The Money And Stay

Ashland packed his bags and moved into the Grand Phoenix Hotel. While he is living in the same venue as Diane Jenkins (Susan Walters), Ashland has not yet shifted his gaze from the woman he fell in love with last year.

Victoria believes Ashland’s story but does not want to reward him for conning her. Doing so would allow him to get away with what was a diabolically manipulative scheme to secure power inside Newman Enterprises.

A quarter-million dollars will remain If Nick accepts Ashland’s offer. Of course, fans assumed that Ashland likely has other financial resources stashed around the globe.

Adam is not happy his sister kicked him out of the power track. Grossman’s character believed that he earned his way to sharing power with Victoria. Victor Newman (Eric Braeden) disagreed.

Sally recently heard Adam say that his goal is to be in charge of Newman Enterprises. That means their plan to help Victoria and Ashland reunite is part of a developing plan.

While Victoria will become wise to the pitch, Ashland’s influence and potential will determine if this couple can reconstitute.

The Young And The Restless Spoilers – Victoria Newman Champions The Underdog?

Victoria earned a reputation as a so-called Ice Princess. That tag came due to her many go-rounds with Billy Abbott (Jason Thompson) and various business dealings.

However, Victoria is uniquely positioned as Victor’s daughter. She benefits from his powerful friendships. But, like other prominent families, she suffers due to Victor’s enemies.

Is Adam making himself an enemy of Victor again? It seems like it.

With that revived rivalry in place, Victoria may not want to go against her father’s wishes by re-coupling with Ashland. Alternatively, Victor’s resistance, along with Nikki Newman’s (Melody Thomas Scott) and others, could turn Ashland into a sympathetic soul Victoria chooses to champion again.