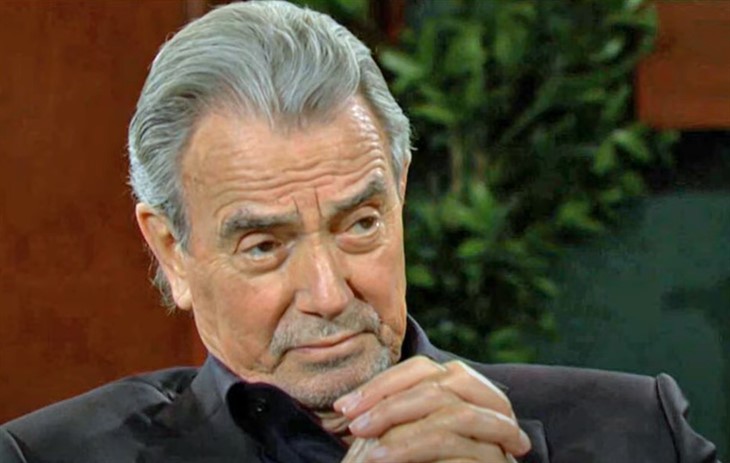 The Young and the Restless (Y&R) spoilers reveal that Adam Newman (Mark Grossman) comes up with a plan. Adam is furious that Nikki Newman (Melody Thomas Scott) was given the co-CEO position instead of him. Adam uses Ashland Locke (Robert Newman) in his plan. Meanwhile, Sally Spectra (Courtney Hope) works on Victoria Newman (Amelia Heinle).

The Young And The Restless Spoilers – Adam Newman’s Bitterness

Y&R spoilers reveal that Adam keeps trying to prove he’s a valuable asset to Victor Newman (Eric Braeden). For the past several weeks, Adam has been stewing over some of Victor’s decisions regarding his role in the company. Adam has also been trying to battle Victoria, who keeps blocking his efforts.

When Adam learned that he would not be considered as Victoria’s co-CEO, he was furious. In order to prevent Adam from becoming co-CEO, Victoria promoted Nikki. This seems to have been the last straw for Adam.

Adam told Sally that he wanted Newman Enterprises. Adam doesn’t just want the co-CEO position anymore. Adam stated that he wants “every last bit” of the company. Adam went to work on Ashland while Sally planted some seeds while talking with Victoria. Then, Sally went and spoke with Ashland claiming how much she loved a good romance.

Adam and Sally think that they have a genius plan. Both are convinced that they will get what they want when Ashland and Victoria reunite.

The Young And The Restless Spoilers – Sally Spectra Reunites ‘Ashtoria’

The Young and the Restless spoilers reveal that Ashland has no intention of giving up on Victoria. Ashland is doing everything in his power to soften Victoria’s feelings toward him. It seems that it’s working, too. Victoria is still acting cool toward Ashland but it’s clear she still has feelings for the “Locke-ness Monster.”

Adam and Sally’s plan might work and “Ashtoria” could reunite. However, Adam and Sally are forgetting one little thing.

Victor always knows what’s going on with his family. No matter how well Adam and Sally try to cover their tracks, Victor will find out what they are doing. If Victoria ends up back with Ashland, Victor will explode with rage.

Not only will Victor take drastic action to get rid of Ashland for good, but Adam will certainly be punished as well. In Victor’s mind, Adam’s plan would be a betrayal not just to him but to the whole family.

Will this be the scheme that ruins everything for Adam? Could there be unforeseen consequences to the plan? Share your thoughts and remember to keep watching the CBS soap to see what happens next.