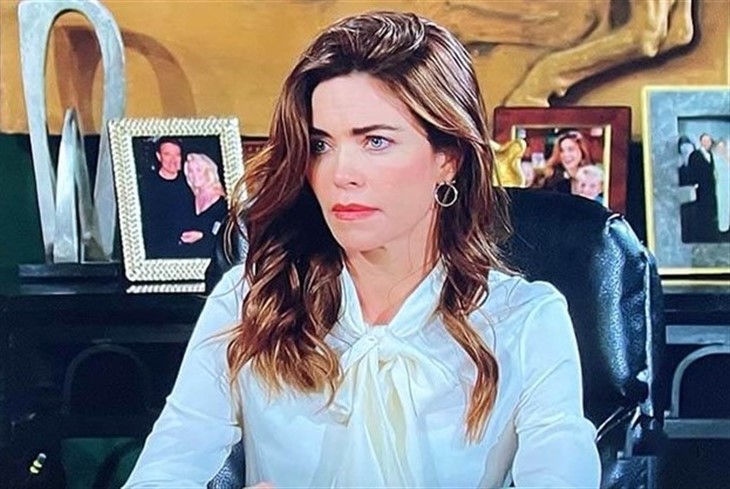 Previous Y & R episodes revealed that Victoria will not work with Adam, even though Victor Newman (Eric Braeden) wanted brother and sister to run Newman Enterprises together. Now that the merged company Newman-Locke is no more, there aren’t separate companies so Newman Media, Victor’s company with Adam reverted to Newman Enterprises. Ashland Locke (Robert Newman) left an open COO position when he was forced out and Nikki Newman (Melody Thomas Scott) was chosen by Victoria.

Victoria effectively ousted Adam from the company with her sneaky move, and Victor went along with it. That leaves Adam without a company or a job that was promised by his father, and he is rightfully angry about it!

It is really no surprise that Victoria drafted Nikki to be her COO, while Victoria has returned as CEO. Those are the positions Victoria and Nikki held before the merger and before Victor started Newman Media. As for Adam, it isn’t surprising that she wants nothing to do with him even though he was a major contributor to getting her out of her marriage mess! Fickle seems to be Victoria’s middle name and her forte, viewers will recall she rejected her brother Nick Newman (Joshua Morrow) when he tried early on to expose Locke! Billy Abbott (Jason Thompson) also dug up lots of dirt but she wouldn’t accept that either and immediately went from interfering in his relationship to Locke – even more fickle!

Adam immediately informs his girlfriend and increasingly apparent soul mate Sally Spectra (Courtney Hope) of the news! She understands and even though there has been talk of Newman Media merging with ChancComm, they will still not hold power positions! Billy has been dealing with some of that fallout as well, and he’s venting on his podcast which increasingly bores him as well as anyone listening!

Back to Adam, he’s hurt and feels daddy done him wrong by not forcing the issue of co-CEOs on Victoria, and feels like turning his back on his family again! After all, Victoria may run Newman Enterprises but Victor still owns it since ownership reverted to him with the merger reversal!

Sally owned-well, inherited – her own company in the past back in Los Angeles, before dirty Dollar Bill Spencer (Don Diamont) forced her out of it! Longtime viewers of The Bold and The Beautiful know he took over Spectra Fashions and then burned the building to the ground! Worse yet, there were people in it including his own son at the time as well as Sally, but the point is she’s got the knowhow to run a company! She and Adam talk it over and come up with a plan, with Adam toying with quitting Newman and cutting off all ties! Sally and Adam plan to retaliate by starting their own rival company to compete with Newman Enterprises, and figuratively burn it to the ground!