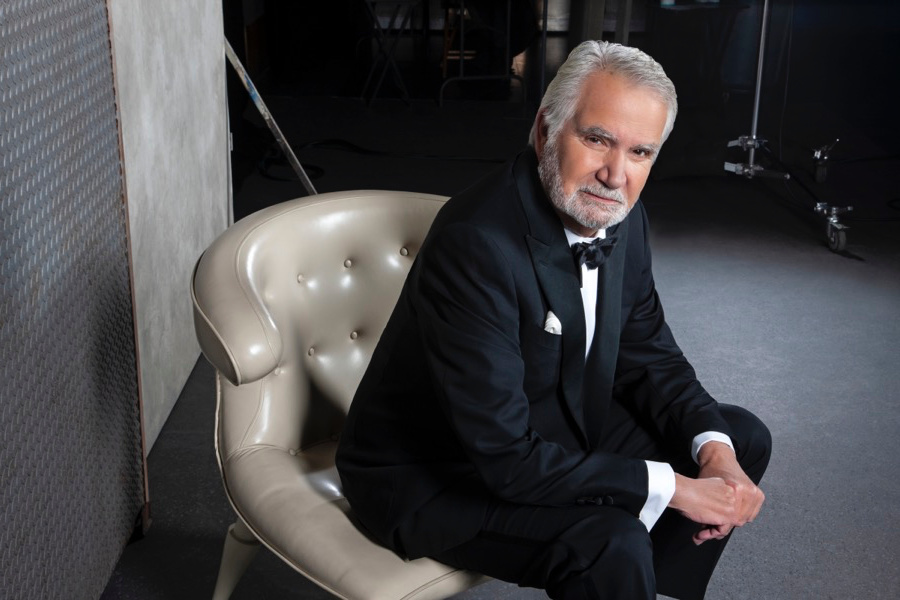 The Bold and the Beautiful spoilers reveal that Eric Forrester (John McCook) is having an affair. Even though Eric seems to want to be with Donna Logan (Jennifer Gareis), he hasn’t made any attempt to end his marriage to Quinn Forrester (Rena Sofer). McCook discussed the storyline and explained the “darkness” in Eric and Quinn’s marriage.

B&B spoilers reveal that Quinn wasn’t getting any action at home. This led to Quinn jumping into bed with Carter Walton (Lawrence Saint-Victor). Even though Quinn and Carter never intended to have an affair, that’s exactly what happened. After they were exposed, Eric filed for divorce.

However, the couple eventually reunited with an unexpected twist. Eric got the crazy idea to allow Quinn to sleep with Carter due to his ED diagnosis. The couple soon ended that agreement and were committed to making their marriage work. As fans recently saw in the soap, Quinn is determined to stay faithful.

While Quinn is trying to stay loyal to Eric, the Forrester family patriarch is getting his intimacy elsewhere. Eric is having an affair with Donna, something that Quinn knows nothing about yet. Eric and Donna are going to get found out soon enough, especially with Quinn’s special gift to her husband.

The Bold and the Beautiful spoilers reveal that McCook spoke to Soap Opera Digest about Eric’s love triangle. A lot of fans are wondering why Eric and Quinn are still together when they both clearly want to be with different people. McCook explained that there is a “darkness” in the marriage, which stems from the passion pact “Queric” had with Carter.

“That [Quinn and Eric] was a wonderful love story. But then he found out she was a manipulator and it brought up in Eric a mistrust and a darkness. There is a darkness in the corners of the Forrester mansion. When he pushed Quinn away and encouraged her to be with Carter, that was a big mistake.”

The Bold and the Beautiful Spoilers: Torn Heart

Even though Eric seems to want to be with Donna now, he remains married to Quinn. There is speculation that once Quinn finds out about the affair, she will be with Carter while Eric will go public with Donna. Based on McCook’s interview, though, it sounds like it won’t be that easy.

“It goes against his morality, for which he feels guilty. He doesn’t like doing this to Quinn but he also says, ‘I can’t stop thinking about Donna.’”

However, the actor also added,

What do you think is going to happen when Quinn finds out about Eric and Donna’s affair? Will Quinn leave her marriage and go straight to Carter? Or could this love triangle be more complicated than fans expect?