Y&R Spoilers: Victoria Disappears, Can Nick And Adam Save Her? 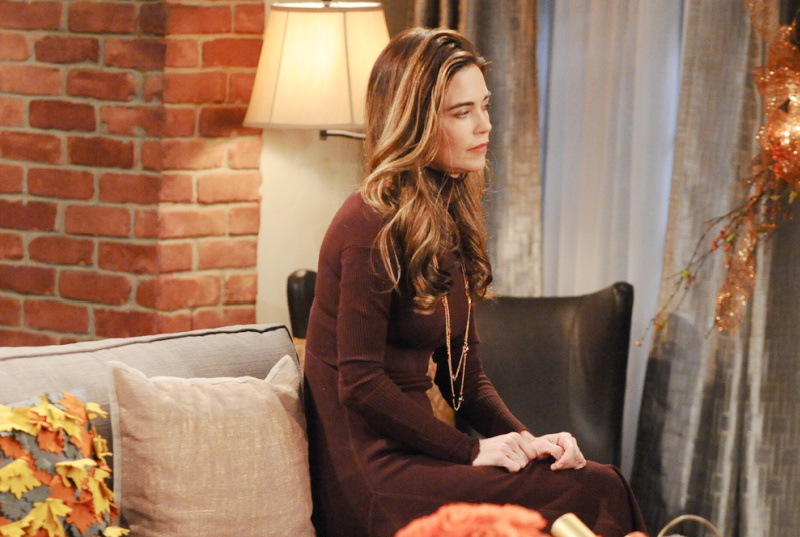 The Young and The Restless spoilers and rumors tease that Victoria Newman (Amelia Heinle) might disappear after Ashland Locke (Robert Newman) makes bail. Could Adam Newman (Mark Grossman) reunite with his family and he and Nick Newman (Joshua Morrow) team up to save her?

The Young And The Restless Spoilers: Adam Newman Stepped Up To The Plate For Faith Newman

Viewers should remember when Adam stepped up to the plate for Faith Newman (Reylinn Caster) even as he was on the run on the way to Kansas. He saw her in trouble, having wrecked a Newman farm truck after drinking and he saved the day; he got her out of the wrecked truck and to medical care, even though he left after dropping her off. Later, he stepped up for the family again when Nick came looking for him to donate a kidney to Faith, getting trapped in the basement when a tornado raged.

Adam got himself out of the cellar and went on foot to the nearest volunteer fire department in the rural Kansas location, sending help to Nick. Once Nick was safely out from under the rubble of the farmhouse, they returned to Genoa City where Adam donated a kidney for Faith.

Ashland may have been down, but he wasn’t out when police picked him up and dropped him off in the pokey; he appears with a menacing look at Victoria’s house. She pulls the curtains open when she’s there by herself and she knows he means business; her family, especially Nick, doesn’t trust him, and they soon find out they’re right.

Prior to his arrest in Chancellor Park for violating the restraining order barring him from Harrison Locke (Kellen Enriquez) he’d ordered his henchman to put out a hit on Victoria. According to the Young and the Restless spoilers, Nick gets a worried feeling when he returns to Victoria’s house to check on her; the lights are on, but when he enters, she’s nowhere to be found.

The Young And The Restless Spoilers: There Appears To Have Been A Struggle

There appears to have been a struggle when he goes inside, and he calls their father Victor Newman (Eric Braeden) and then the police are called. Nick doesn’t think that Victoria would have willingly let him in but could see she put up quite a fight, obviously having been taken against her will. The police agree that Locke has to be the prime suspect although they will see what kind of tale the forensics tell, there is always something left behind.

Of course this is big news and it soon spreads along with requests to the public to call the Genoa City Police Tipline. Victor publicizes a hefty reward, no questions asked, for Victoria’s safe return, hoping Locke will take the bait.

Y & R Spoilers: Adam Newman Sees The News And Reunites With Nick Newman And The Family

Adam sees the news and reunites with Nick and the family, he’s got an idea where Locke may have taken their sister. He had pretend-plotted with Locke previously and now he steps up for the Newmans again like he did with Nick and Faith. Adam knows that Locke was staying in a hotel in Chicago in between New York City and Genoa City, and he and Nick make plans to go. Adam had played Locke like a fiddle with their plotting in Chicago, and he’d never suspect Adam’s turned on him; hopefully, it won’t be too late.

Where Has Jana Duggar Been?