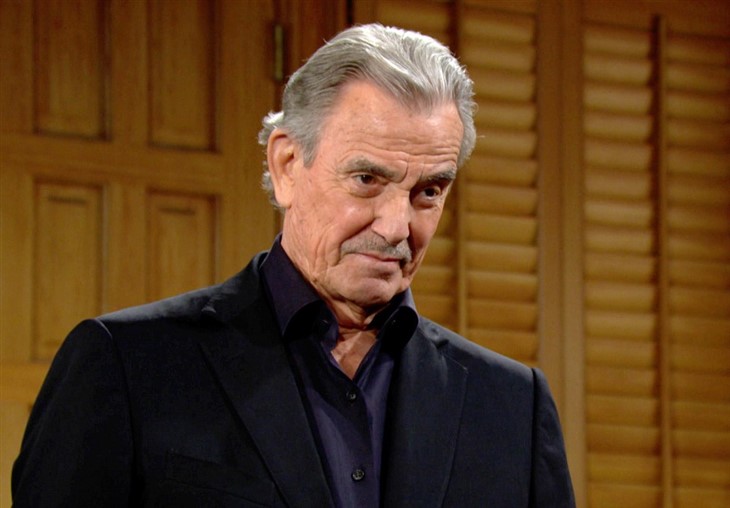 The Young and the Restless (Y&R) spoilers for Wednesday, June 22, 2022, reveal Victor with yet another plan to help Victoria out of her own mess and he needs the family’s help once again.

The Young And The Restless Spoilers – Victor Newman Never, Ever Gives Up

No matter what The Great Victor Newman (Eric Braeden) does, he can’t seem to get rid of Ashland Locke (Robert Newman). And every time Victoria Newman Locke (Amelia Heinle) looks like she is done with the man for good, she is not. Not only did she escape to New York with the man determined to make their marriage work without her family around, she now wants to start her own media company to compete with Newman Media.

Adam Newman (Mark Grossman) is thrilled that he is finally Newman CEO, Nick Newman (Joshua Morrow) seems to have other concerns, Nikki Newman (Melody Thomas Scott) is really angry at Diane Jenkins (Susan Walters) and can’t get the woman off her mind (she should commiserate with Phyllis), and it’s highly unlikely Victor includes Abby Newman Chancellor (Melisssa Ordway) in all this. He usually does not and she is usually self-absorbed in something so the odds of all this working is slim.

After her fight with Chloe Mitchell Fisher (Elizabeth Hendrickson) in which Chloe just got sick of Chelsea Lawson’s (Melissa Claire Egan) schemes and announced she only wants to design clothing, Chelsea has looked back at her choices in life and see where she went wrong. It can’t be her taste in men, the cons, and the attempted murder last year, right?

No, it must be something else. Perhaps it’s time or Chelsea to make another change. But, as they say, a leopard can’t really change their spots, right? Well, we all know every time Chelsea tries, she fails. Will this time be different and will it at least save her friendship with Chloe? Stay tuned to The Young and the Restless weekdays to see how these stories play out.