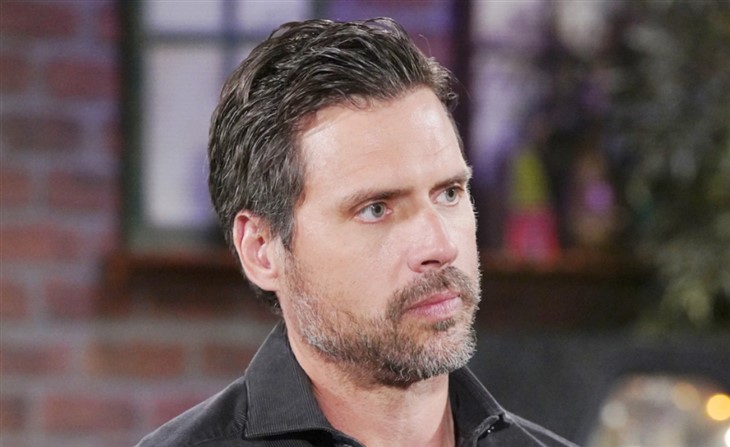 Y&R spoilers and speculation tease that Nick Newman will soon be wearing suits again & headed back to work at Newman Enterprises. It seems that saving his sister Victoria from Ashland Locke far exceeds his commitment to New Hope, & his supposed disdain for Newman family drama.

The Young And The Restless Spoilers – Before We Know It on Y&R, Nick Newman Will Make Sharon A Newman Again

Nick Newman has gotten back together with Sharon almost as many times as he’s gone back to work for Newman Enterprises.

Sharon is now a widow & Nick has got to be ready to hit the sheets again. There has not been any video game or hot sex between him & Phyllis for months. Phyllis has rewound back to Jack Abbott. What would hold Nick & Sharon from a rewind?

Y&R Spoilers – Society Seems To Run Itself, Abby Newman Back To Newman Enterprises As Well?

The Young and the Restless spoilers show Victor Newman will always do everything in his power to protect his family. If he’s calling his son Nick for back-up meanwhile Adam has been backing up full-time as much as he’s been allowed to, why not call back Abby into the family business?

Sure, Abby Newman-Abbott-Chancellor just had a baby via surrogate, but she has a nanny & her son recently acquired a second dad.

Society seems to run itself. Will Victor Newman also call on his daughter Abby to help protect the Newman’s? Perhaps as Victoria Newman thought, the world really does revolve around her.

Regardless if Nick &/or Abby take up employment again at Newman Enterprises there is sure to be drama.

Any way any Newman slices it, Victoria is still in love with Ashland. Spoilers suggest that Ashland Locke will be drawn to Diane Jenkins meanwhile Victoria tries to mask her love for Ashland. While Ashland & Diane are a match made in hell, Victoria is sure to be upset. The more upset Victoria becomes & how far she unravels will determine the number of her siblings needed to keep Newman Enterprises running.

Adam Newman had finally redeemed himself & has since continued to be an upstanding citizen of Genoa City & supportive of anything Newman-related. Now if Nick &/or Abby return to Newman Enterprises in any capacity he & his new girlfriend Sally Spectra will be willing to do more than push the envelope. Ashland Locke hasn’t been the only one catching up with Diane Jenkins. After being pushed out of Newman Enterprises by Victor & his siblings he might see fit to reconvene with Diane to retaliate again against his family.

It seems yet again that Victor Newman’s favorite game of chess features his children as his pawns. The Newman siblings continue to be played by their father without a lesson learned.

Why General Hospital Needs To Put Out A Missing Child Alert