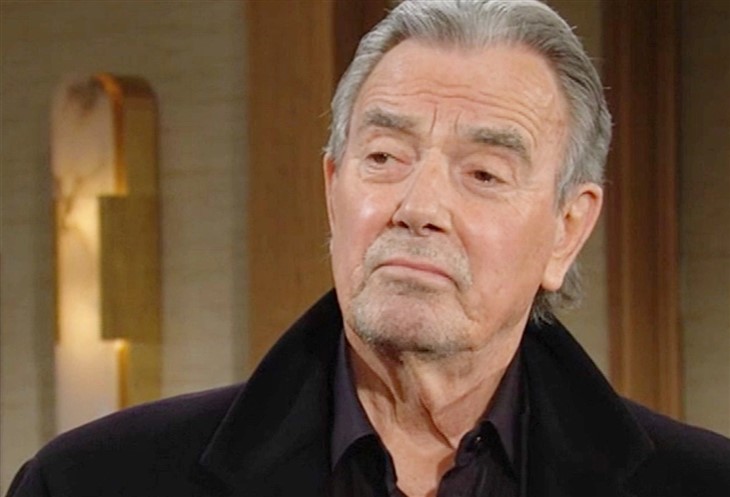 The Young and the Restless (Y&R) spoilers tease that Victor Newman (Eric Braeden) will dig up dirt on Sally Spectra (Courtney Hope) to make sure neither one of his sons—Adam Newman (Mark Grossman) and Nick Newman (Joshua Morrow)—wants to date her. Victor’s meddling will get under his sons’ skin and could create more tension within the Newman family.

The Young And The Restless Spoilers — Victor Newman Takes Charge

The November sweeps spoilers reveal that Victor will take charge and look for information that could drive Sally away from his sons. He knows she must have some skeletons in her closet, and he’s determined to find them.

Y&R spoilers indicate that Victor was not happy when Sally was dating bad boy Adam, so it’s safe to assume that he will lose his cool when he finds out that Nick and Sally are an item. One thing about Victor that the Y&R viewers can expect, he will put his all into destroying Sally and creating distance from his sons.

The situation is growing messier as Adam refuses to let Sally go. He believes they are meant to be together and refuses to allow her to continue a relationship with Nick. It’s creating a chaotic relationship, one that Victor won’t be happy to hear about.

With so much of Sally’s past transgressions plastered all over the internet, Victor will have to get creative to expose her for the hack he thinks she is. It will have to be something she has never told anyone about—something she doesn’t want anyone to know. Nick might be able to be swayed, but Adam might be another story.

If Nick knows his dad doesn’t want him to date Sally, he might hear Victor out as to why. Adam wouldn’t give Victor the time of day. In fact, he may want Sally even more if he knew it irritated him.