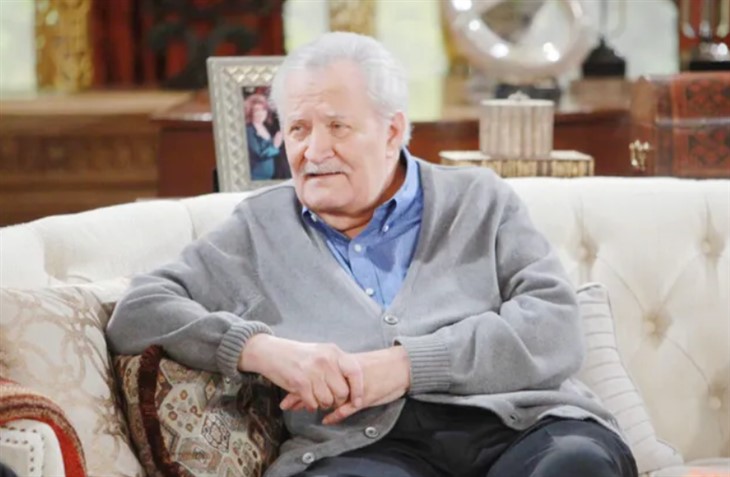 Days of Our Lives spoilers and updates tease that with the recent passing of soap opera icon John Aniston, newer viewers may want to know more about his character Victor Kiriakis. Here’s what you need to know.

Victor was introduced in 1985, having been born in Greece but emigrating to the United States with them as a child. He spent most of his childhood with his family in Salem, but returned with them to Greece as a young man. However, it was revealed over time that Victor was a mobster, and a member of the Greek version of the Mafia and was involved in various illegal activities.

Victor had many enemies on Days of Our Lives, including DiMera patriarch Stefano DiMera (Joseph Mascolo) and some of his illegalities included selling military secrets to the Soviets. This and other crimes caused him to run afoul of the International Security Bureau many times although he went straight in his later years, founding Titan Industries.

DOOL Spoilers – The Many Loves And Children Of Victor Kiriakis

In his later years, Victor became the epitome of the cantankerous curmudgeon, with a sarcastic dry wit that became his forte. Victor could sling a one-liner faster than a finicky baby spitting out strained peas, one famous example in a scene where he opened the door to Eve Donovan (Kassie DePaiva). He opened the door, and not cracking a smile –although Kassie appeared to stifle a laugh-looked back inside the room, asking if anyone ordered a hooker!

Eve, of course, was one of the children of Victor’s old nemesis Shane Donovan (Charles Shaughnessy) the head of the ISA. How Victor will die on Days Of Our Lives, obviously off-screen considering the show is taped six months in advance, is being discussed, with John Aniston’s last appearance on December 26.