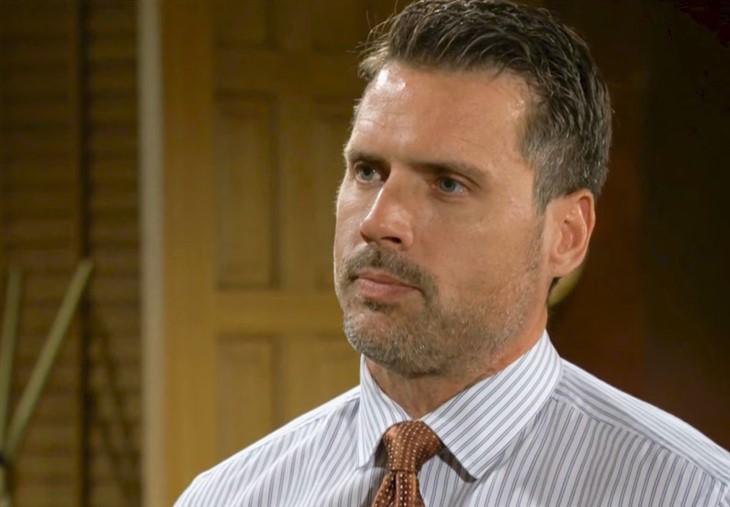 The Young and the Restless (Y&R) spoilers for Friday, August 19, 2022, reveal Nick having a major crisis of conscience.

Nick Newman (Joshua Morrow) might be a lot of things but he is typically not a killer and doesn’t get himself in trouble with the law as often as the rest of his family does. This is why what happened to Ashland Locke (Robert Newman) is weighing so heavily on his mind. He never expected the man would fall onto the fireplace ledge and die when he laid a simple punch on him but that is exactly what happened.

And he certainly didn’t expect his father to remove the body and cover the whole thing up but that’s exactly what The Great Victor Newman (Eric Braeden) did and Nick’s guilt is getting the best of him. He fears that Chance Chancellor (Connor Floyd) might be closing in on what really happened so he decides it’s best to just come clean and let the chips fall where they may. We’re sure Victor won’t be happy about that at all.

Victor really needs to get control of his sons. He has one wanting to confess to murder and get Victor arrested or covering it up and now he has another one who is going rogue in the business world.

Adam Newman might be ready to jump ship to Jabot and work with Victor’s long-time enemy who is now his frenemy, Jack Abbott (Peter Bergman). Victor will not be happy about this at all but he did let Victoria Newman (Amelia Heinle) treat the man horribly and sometimes there are consequences to that.

The Young And The Restless Spoilers – Diane Jenkins Has Dreams

Things have been going swimmingly for Diane Jenkins (Susan Walters) since she’s returned to Genoa City. Kyle Abbott (Michael Mealor) has accepted her back into his life and Jack has been warming up to her as well. Diane takes some time on Friday to think about all this and smile as she dreams of forming a life with Jack. Considering that never worked out before, Jack better stay on high alert. Stay tuned to The Young and the Restless weekdays to see how these stories play out.