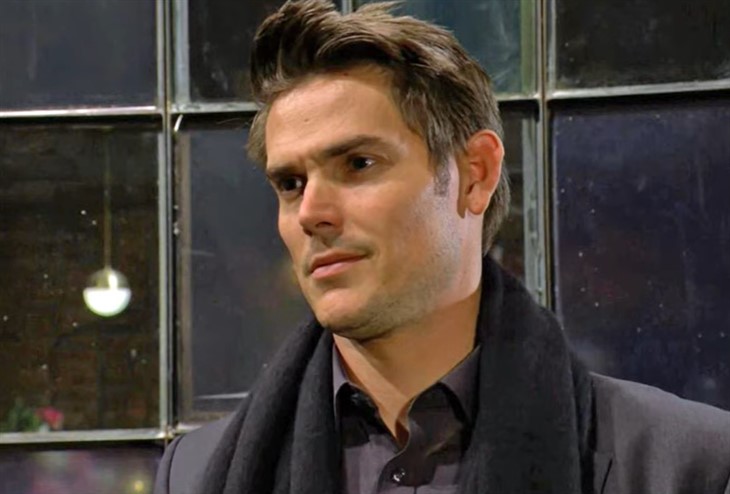 The Young and the Restless (Y&R) spoilers for Monday, February 7, 2022, reveal Adam taking charge of his own life after his father and sister decided they are in charge of it.

After Victor Newman (Eric Braeden) gave his oldest delusional daughter, Victoria (Amelia Heinle), control of Newman Media and she proceeded to try to make Adam Newman’s (Mark Grossman) office her own, Adam said nope, not doing it. And he decided to stay, which knocked Victoria off her high horse a bit.

On Monday, he decides he is not going to let his family control his life, whether it be personal or professional. He finally had something good going with his father after all these years and knew it was too good to be true and he’s not about to leave Sally Spectra (Courtney Hope) hanging out there high and dry so he has other ideas to start a business with her — or at the very least pretend to start a business to drive Victoria insane. He might not even need to do that when she learns she’s been massively conned by the con man she insisted on marrying.

Sharon Rosales (Sharon Case) and Nick Newman (Joshua Morrow) realize they have a big Noah Newman (Rory Gibson) problem on their hands and need to do something about him. Noah is no longer a happy young man and is instead a brooding young man who has feelings for a woman who will never return those feelings because she is gay and engaged to his sister.

While some people thought this was cute at first, Sharon and Nick are beginning to realize this is a serious issue they need to nip in the bud for both Noah’s sake and Mariah’s (Camryn Grimes) sake. Mariah has never been happier and Sharon doesn’t want anything getting in the way of that.

However, she also wants to see her son happy and knows he is just going to make himself more miserable the more he pines for Tessa Porter (Cait Fairbanks). Will some words of wisdom from his parents do him any good? Stay tuned to The Young and the Restless weekdays to see how these stories play out.