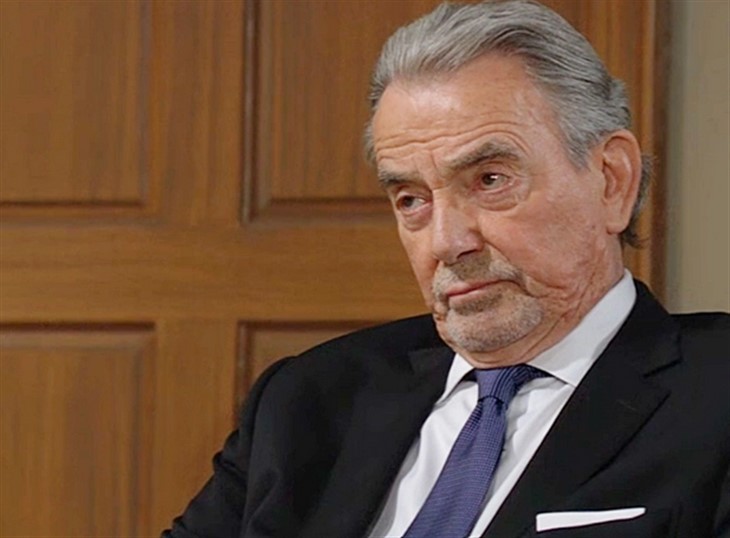 The Young and the Restless spoilers show that Victor Newman (Eric Braeden) is questioning Chance Chancellor (Conner Floyd) about what happened with Abby Newman (Melissa Ordway), as if it was Chance that hurt her and not the other way around.

Leave it to Victor to believe that his children can do no wrong and are perfect little angels that fart rainbows. Little does Victor know that it was actually Abby that cheated on Chance with Devon Hamilton (Bryton James), and when the truth comes out, I cannot wait to see how Victor coddles his daughter and makes her believe it was not her fault!

The Young And The Restless Spoilers – Chance Chancellor Pushes Back?

It is time for Chance to actually do something and push back against the Newmans. He is constantly told what to do and how to do it, even dropping the investigation into Victor concerning the Ashland Locke (Robert Newman) murder and cover-up at the request of his wife.

With no one holding him back this time, I think Chance is going to say something to Victor about how he has raised his children and that they are not the perfect angels he believes them to be. Victor cannot just show up and make all of their problems go away so easily.

One way that we think Chance can get back at Victor and the Newmans is by reopening the Ashland Locke investigation with all the information he had that could have put Victor behind bars for the cover-up and moving the body.

Chance closed it the first time because Abby pleaded for him not to follow through with it. With nothing holding him back now, I think he could easily reopen the case and get Victor on his coverup, getting back at not just Victor, but Abby in the process.

Abby and Victor have had this coming for a long time, and now a man with nothing to lose is the perfect person to finally do something about it, not to mention he actually has the evidence to do it! Watch out Victor, your hardhead may have gotten you out of other problems like that but this time you may be caught!

What do you think? Will Chance reopen the Ashland Locke investigation and will he try to arrest Victor now that he has nothing to lose? Share your thoughts and remember to keep watching the CBS soap to see what happens next.