Y&R Spoilers: Abby’s Move To Win Chance Back, Devon Refuses To Be Erased? 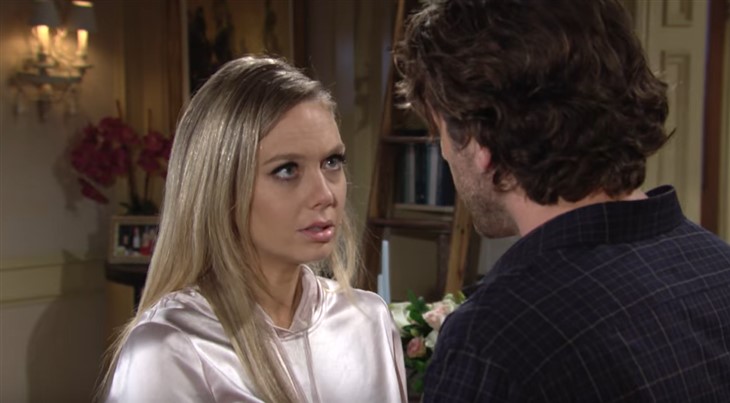 The Young and the Restless spoilers reveal that Chance Chancellor (Conner Floyd) wants out of his marriage. Chance pushes Abby Newman-Abbott-Chancellor (Melissa Ordway) to be with Devon Hamilton (Bryton James). However, Abby might try to win Chance back by cutting off Devon from her life. How will Devon react to this bold proposal?

Y&R spoilers reveal that Abby refused to believe that Chance was dead. It was Abby who continued to search for Chance and eventually discovered him alive in Spain. While Abby was elated to have her husband back, things haven’t been the same for the couple.

Although they have survived a lot of impossible odds, it seems that old-fashioned cheating could break “Chabby.” Feeling abandoned and alone, Abby ended up sleeping with Devon.

When Chance and Amanda Sinclair (Mishael Morgan) caught Devon and Abby together, it was the last thing they expected. Amanda decided to pack her bags and leave Devon. Meanwhile, Abby struggled to make things right with Chance.

Chance believes that Abby and Devon have always had feelings for each other. Despite Abby’s assurance that there are no real feelings, Chance doesn’t believe it. In fact, Chance makes a shocking declaration. It is teased that Chance might push Abby into Devon’s arms.

The Young And The Restless Spoilers – Bold Move To Save Marriage

The Young and the Restless spoilers reveal that Ordway previously told Soap Opera Digest that Abby isn’t ready to give up on her marriage. So, it sounds like Abby is going to really fight hard to get Chance back.

With Chance believing that Abby has feelings for Devon, how can the detective be assured that a betrayal won’t happen again? Abby might think that eliminating Devon from her life is the only answer.

Y&R Spoilers – Refuses To Be Erased?

Even though Abby might think eliminating Devon will remove concerns for Chance. However, removing Devon from Abby’s life also affects Dominic Newman-Abbott-Winters-Chancellor (Rainn and River Ware). So, Devon will likely protest Abby’s suggestion.

This will put Abby, Devon and Chance right back where they started. So, does Abby have a chance to win back Chance? Do Abby and Devon have hidden feelings for one another? What will be the outcome of this messy situation?

What do you think Abby will do about Devon and Chance? Should Abby ban Devon from her life and if so, what does this mean for Dominic? Is Chance really the right man for Abby or would she be better off with someone else? Share your thoughts and remember to keep watching the CBS soap to find out what happens next.

90 Day Fiancé: Mike’s Mom Tackles Natalie, Says She Used Him To Get To US