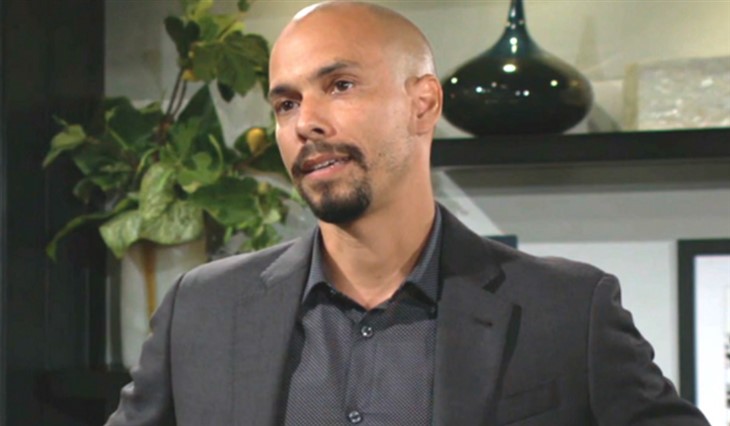 The Young and the Restless spoilers document Devon Hamilton (Bryton James) wanted to believe he and Amanda Sinclair (Mishael Morgan) could work their problems out. But that view was naive because he and Amanda did not have a problem until Devon created it.

Abby Newman Abbott Chancellor (Melissa Ordway) appeared to be a friend. But Chance Chancellor (Conner Floyd) recognized a deeper connection since his wife brought him back from the tragic government mission he led.

Devon and Abby’s cavort in the penthouse broke an uncommitted relationship and is primed to end a committed one soon.

The Young And The Restless Spoilers – Amanda Sinclair Was Not Committed

Amanda and Devon were not married on the Young and the Restless. While feelings vary about this subjective issue, it is reasonable to assert that no ring means an exit exists, and she took it.

Of course, Devon and Elena Dawson (Brytni Sarpy) were not married either. In that instance, Elena betrayed Devon’s trust when she impulsed into a connection with Nate Hastings (Sean Domini).

A quick escape was possible because the attorney, Amanda, had only an emotional agreement, rather than a legally binding one. No marriage and no children meant that Devon and Amanda had not formed an official family.

Amanda values family based on the one Devon helped her to discover. So, it is natural that she would move to Virginia to help care for her mother.

What Nate and Elena did to Devon in the recent past was wrong by all accounts, except for those in Genoa City, Wisconsin, who believe the wind should allow everyone to blow wherever, no matter the direct or collateral human damage.

Devon responded to what Elena did to him by sucker-punching his cousin’s face at the Top of the Tower. Nate fell and hurt one of his hands so severely that surgery was unsuccessful, causing Dominic’s character to lose his ability to continue performing surgery.

James’ character once raced his sports car wildly, causing a terrible crash that nearly killed him. So, a self-destructive element within Devon’s character inarguably exists.

Abby reverted to reckless behavior. Devoted fans know that the former self-promoting heiress used to wreak havoc in GC. But she settled down and held her family together while Chance was overseas.

Ordway’s character, like Devon, is a good person. They share the challenge of keeping themselves on track.

Kudos to the writing staff for creating a believable conflict storyline that could produce an intriguing new couple in Abby and Devon on Y&R.