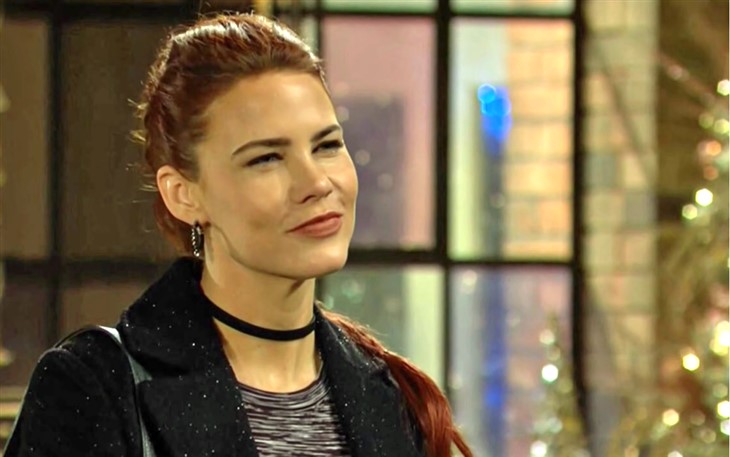 Sally recently drew up a new presentation that completely wowed Nick Newman (Joshua Morrow). Although Sally hasn’t revealed all of the facts, Y&R followers know this is some new business strategy that makes full use of all of her abilities. Sally chose against launching a fashion line because she did not want to take a step back.

The Young And The Restless Spoilers – Sally Spectra’s New Business

Y&R spoilers indicate that Sally is thinking larger and better about her future now that she has advanced in her work. She, on the other hand, isn’t afraid to incorporate her fashion sense into whatever she’s preparing.

She is usually full of new ideas, therefore her company model is undoubtedly one-of-a-kind and full of personality. Given Sally’s newfound expertise at a media organization, it’s logical to believe her business plan will capitalize on that knowledge.

Whatever Sally concocted could provide Nate with some competition at Newman Media, leaving him fighting to keep up.

The Young and the Restless spoilers teased that Sally was doing well before she was fired as CEO of Newman Media. Every time Nate thinks he has a brilliant idea, he realizes Sally had it first!

Victoria fired Sally for no cause, and she deserves to bear the consequences. Similarly, Nate has to be toned down a notch because he thought he had the right to do anything he pleased at Chancellor-Winters.

When Nate received resistance on his over-hyped ideas with no substance, he almost assisted Victoria in plotting a takeover. Nate’s great intentions are still primarily just talk for the time being. Sally, on the other hand, is a woman who gets things done!

That is why Sally will get a head start on this new business model and may be able to leverage it to her advantage. If Victoria and Nate are unable to keep up with all of Sally’s advances, Newman Media may suffer a huge setback. Sally is on a warpath and we may want to just get out of her way.

What do you think? Is Sally Spectra going to take on Victoria Newman and Nate Hastings head-on with her new business and how will Nick Newman be able to help her? Share your thoughts and remember to keep watching the CBS soap to see what happens next.