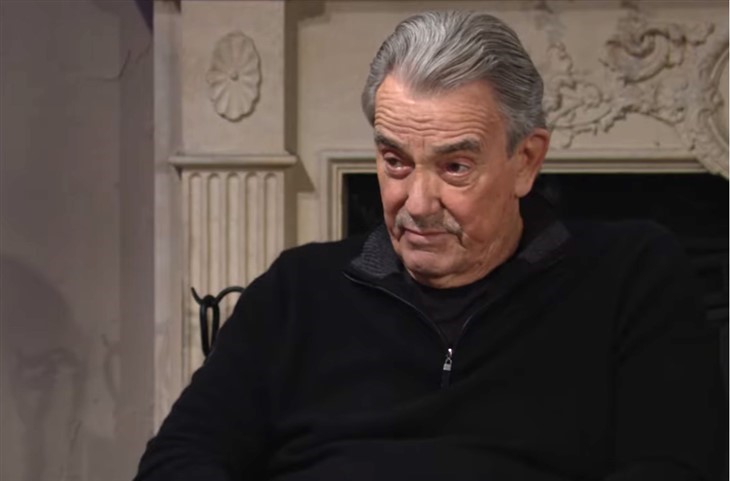 The Young and the Restless (Y&R) spoilers for Tuesday, November 29, 2022, reveal what happens when you mess with The Great Victor Newman and his family. Ya go that?

Victor Newman (Eric Braeden) has enough trouble with Adam Newman (Mark Grossman) and Nick Newman (Joshua Morrow) fighting over the same woman, but he figured at least his daughter Abby Newman Chancellor’s (Melissa Ordway) life was going swimmingly. Imagine his shock when Abby told him and Nikki Newman (Melody Thomas Scott) that Chance Chancellor (Conner Floyd) would not be coming to Thanksgiving dinner at the ranch because they are having troubles.

Imagine even further shock when Victor decides to go to bat for Abby while not really knowing what the troubles are and learning Abby caused the bulk of the troubles by sleeping with Devon Hamilton (Bryton James). That certainly wasn’t news that Victor was expecting and it turns his entire belief system about his daughter — and Devon — upside down. What will he say to Abby about this little faux pas? The Naked Heiress Strikes again?

Nate Hastings (Sean Dominic) thinks he has it made with his cushy new job at Newman Media that he neither earned nor deserved. But he became Victoria Newman’s (Amelia Heinle) pet so out with Sally Spectra and in with Nate.

On Tuesday, Nick gives Nate a reality check and warns him that he is not as kind as his sister, who actually isn’t kind to anyone these days except for Nate. It looks like Nate can’t do anything he wants in this new job because Nick will be watching him, as he should.

The Young And The Restless Spoilers – What Happened To Chelsea Now

Things just do not seem to be getting better for Chelsea Lawson (Melissa Claire Egan). She is trying to put her life together after recently trying to end it and things keep getting in the way of that. On Tuesday, Billy Abbott (Jason Thompson) and Chloe Mitchell Fisher (Elizabeth Hendrickson) are there to give Chelsea some confidence and a pep talk. Will it do the trick or is this best left up to her new therapist? Stay tuned to The Young and the Restless weekdays to see how these stories play out.