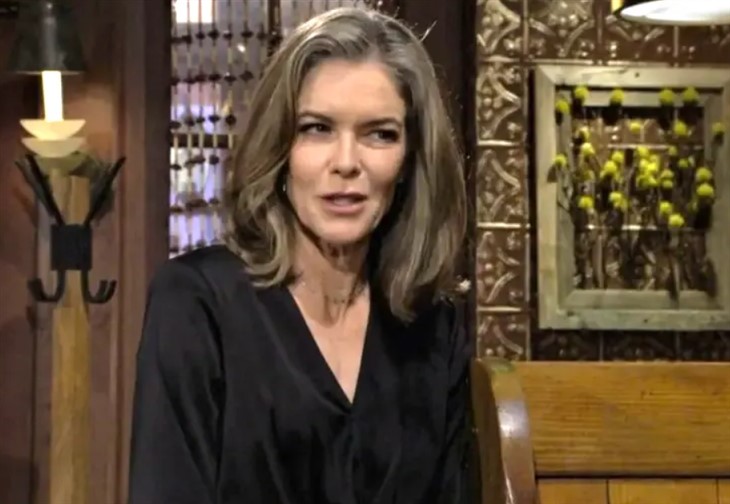 The Young and The Restless (Y&R) spoilers and updates tease that when Tucker McCall (Trevor St. John) arrives in town, it will bring Diane Jenkins (Susan Walters) some real heartbreak. Tucker and Diane’s secret partnership in LA will be revealed and Kyle Abbott (Michael Mealor) might dump her over keeping the secret from him.

The Young And The Restless Spoilers – No Secrets

Kyle’s expectations of his mother was that she reveal everything from her past and hold back no secrets. But she didn’t reveal her partnership with Tucker back in LA, which apparently was an extremely lucrative one, unless it was Tucker’s Bentley they were riding in. Deacon Sharpe (Sean Kanan) had told Nikki Newman (Melody Thomas Scott) about seeing her riding in a Bentley with a mysterious man quite frequently.

Deacon had also given Nikki something in an envelope that would be big trouble for Diane if revealed, so there’s that. Even just knowing his mother was involved with Tucker in LA if it were a personal relationship would be a problem for Kyle, simply because she kept a secret.

Even if Diane’s relationship with Tucker was a personal one, it’s going to be a big problem because he’s an enemy of Victor Newman (Eric Braeden). Kyle is married to Victor’s granddaughter so that’s awkward in itself; Tucker will bring other problems, however for Diane so it doesn’t sound like he’s an old boyfriend. Whatever their connection was, is a secret kept from Kyle, so he’s not going to take that well, and he could be so upset that he’ll write her off. All the progress she made with restoring her relationship with her son could go down the drain and she might even get fired, to boot. Tucker has other reasons than catching up with Diane to be in Genoa City related to Victor and Newman Enterprises’ interests so a connection to Diane will be doubly destructive.

The Young And The Restless Spoilers – Damage Control

Diane is obviously upset to find Tucker in her hotel suite as shown in a recent Y & R weekly preview; and that’s probably because their connection was criminal. If they have history in LA Tucker’s hiding something too-last time Tucker was mentioned is when Katherine Chancellor’s (Jeanne Cooper) will was challenged, and he was off the grid. Who knows what they were doing in Los Angeles, and how much mischief they created while there; Tucker’s mess will make Diane’s even worse.

Tucker claimed to have had some mysterious condition called electromagnetic heightening, a condition that makes one distrustful of technology. Yet, it seems like he might have been the one who put the kibosh on Talia Morgan’s (Natalie Morales) series on Diane and has had no problem sending text messages!