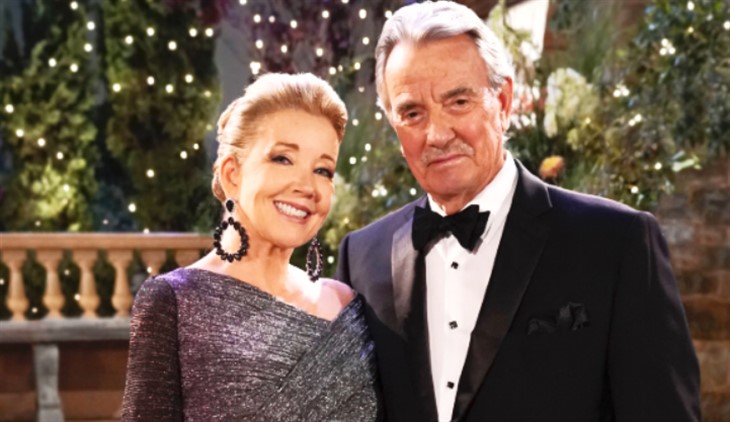 The Young and the Restless (Y&R) spoilers for Wednesday, November 23, 2022, reveal a Thanksgiving to remember in Genoa City for all involved.

Things can often be doom and gloom for the Newman clan, especially after their last year of troubles involving Ashland Locke (Robert Newman). However, things worked out just fine for them as they always do because The Great Victor Newman (Eric Braeden) makes sure that happens no matter who has to pay the price.

To that end, Victor and Nikki Newman (Melody Thomas Scott) sit down with their children to give thanks for all their blessings this past year. However, if they invite Adam Newman (Mark Grossman) to the family shindig there is bound to be some trouble between him and Nick Newman (Joshua Morrow) over Sally Spectra (Courtney Hope), especially after Adam’s drunken display that resulted in him asking Sally to marry him.

Y&R Spoilers – The Abbotts Have Their Own Family Drama

It’s also been an interesting year for the Abbotts with Kyle Abbott (Michael Mealor) and Summer Newman Abbott (Alison Lanier) returning to town and buying a fashion house, as well as Diane Jenkins (Susan Walters) returning from the dead and turning everyone’s lives upside down.

And, things will feel a bit upside down at Thanksgiving dinner as Diane is there as a guest to make Kyle happy, Things get a bit awkward as Kyle’s aunts, Traci Abbott (Beth Maitland) and Ashley Abbott (Eileen Davidson), do not like Diane at all, but Diane grins and bears it through the entire ordeal.

Phyllis Summers’ (Michelle Stafford) year also went from bad to worse as she started it with a breakup with Nick Newman and then finally got together with Jack Abbott (Peter Bergman). After Diane returned things went south and Phyllis has been a basket case ever since.

Thankfully, Phyllis’ son, Daniel Romalotti (Michael Graziadei), is home for the holidays and his mother is thrilled to see him. Will Daniel be sticking around for good this time? Phyllis can certainly use someone to keep her in check and make sure she doesn’t do something entirely stupid and Summer is getting tired of being her mom’s babysitter. Stay tuned to The Young and the Restless weekdays to see how these stories play out.

Days of Our Lives Spoilers: It’s Not A Good Day For Nicole Walker