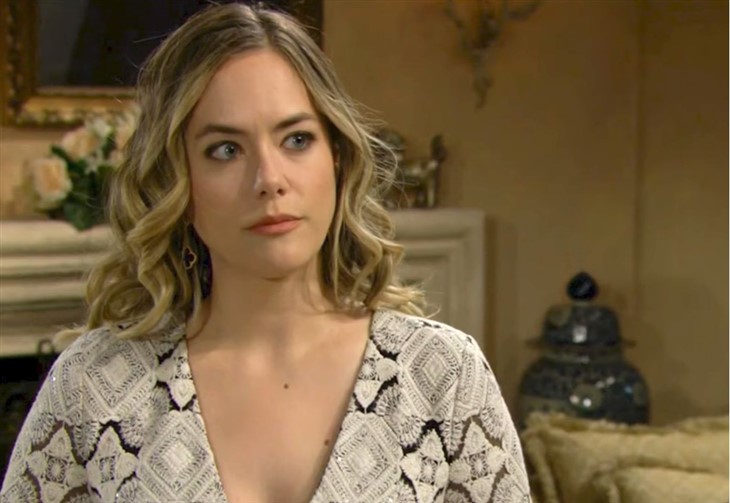 The Bold And The Beautiful (B&B) spoilers indicate that Thomas Forrester (Matthew Atkinson) has blown his co-parenting relationship with Hope Spencer (Annika Noelle). Liam Spencer (Scott Clifton) and Brooke Logan (Katherine Kelly Lang) have tried to tell Hope that Thomas hasn’t changed. However, Hope wanted no part of listening. Now Hope must fight for her son.

The Bold and The Beautiful spoilers reveal that Hope is out of town while the CPS call scam is about to blow up in Thomas’ face. Hope is going to arrive home and learn just how devious Thomas truly is. Hope knows about the CPS call, but how will she feel to learn that Thomas is the one who called? Thomas put their child in danger by calling CPS and could have gotten him taken from both of them.

Not only this, but Thomas pushed Douglas Forrester (Henry Joseph Samiri) to keep quiet when he realized what his father had done. Douglas loves his grandma Brooke and Thomas has been forcing him to hurt her by keeping quiet. Hope will be furious with Thomas and demand that Douglas return home. Thomas is likely to put up a fight, however, Hope would likely win a custody battle, will he chance it?

Both Hope and Liam have done a great job with Douglas without Thomas’ involvement. Hope trusted Thomas to do right by their son and he’s done nothing of the sort. Hope and Liam are about to insist on having Douglas back home no matter what Thomas says. Thomas is likely to argue this point but most of his family may agree with Hope by this time.

The Forresters know that Thomas is wrong. Eric Forrester (John McCook) may be the most upset Forrester of all. If rumors are right and Thomas is thrown out of Eric’s house, Douglas will have nowhere to stay. Douglas may even ask to go home after everything his father has done. Will Thomas see the error in his way and not fight Hope?

If Thomas decides to let this go to court a judge would have a field day with him. Let’s be honest, a fake call to CPS would definitely set off alarms. Thomas could also cost his friend his job because of the recording as well. Thomas is still obsessed with Hope which is another issue. There is also forcing his son to lie about the recording. Thomas would instantly be proven unfit if not ordered to treatment himself.

Thomas knows he has royally messed up. Will Thomas make matter worse by trying to fight Hope? Will Thomas ever earn the right to be alone with his son again?