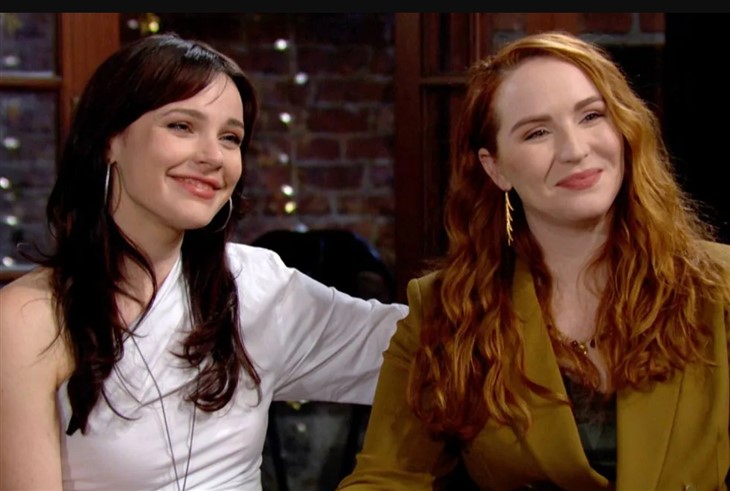 The Young and the Restless (Y&R) spoilers reveal that Tessa Porter (Cait Fairbanks) and Mariah Copeland (Camryn Grimes) might have an uninvited guest at their wedding. There is a possibility that the wedding crasher could be Diane Jenkins (Susan Walters). Why would Diane crash the “Teriah” nuptials and what can fans expect next?

The Young And The Restless Spoilers – ‘Teriah’ Wedding

Y&R spoilers reveal that Tessa and Mariah’s wedding celebration begins on Monday, May 16. It is going to be a multi-episode affair and many viewers are excited about the ceremony. Based on the previews and set tours that have been released, it’s going to be quite the affair! However, with all joyous weddings, there is usually a little bit of drama. After all, this is still a soap opera.

It is teased that during the week of May 16, Tessa and Mariah’s wedding could be interrupted by a wedding crasher. Now, Allie Nguyen (Kelsey Wang) will probably be there. However, she doesn’t seem like the type to crash a wedding, especially when the couple is someone she doesn’t even know.

Plus, Jack Abbott (Peter Bergman) will likely invite Allie, so that doesn’t exactly ring “wedding crasher.” Allie will probably be a welcome addition to the celebration since she is part of the Abbott family now.

The Young And The Restless Spoilers – Diane Jenkins Creates Chaos?

The Young and the Restless spoilers reveal that the wedding crasher could be Diane. Even though Diane has been warned not to cause any problems, she will find out that Kyle Abbott (Michael Mealor) is officiating Tessa and Mariah’s wedding.

In Diane’s desperation, she could think that it’s her right to be there since Kyle is officiating the nuptials. Diane might even make an excuse as to not knowing a wedding was going on, or she just wanted to sneak a peek at Kyle marrying “Teriah.”

Of course, Diane will be ordered to leave the ceremony. Jack and Phyllis Summers (Michelle Stafford) will be beyond furious. Allie will feel awkward since she’s bonded with Diane and feels bad for the woman.

As for Kyle, he will be horrified by his mother’s actions. At the same time, Diane must play on his emotions with her sob story about just wanting to see him perform the ceremony. Look for Diane to cause a lot more drama in Genoa City. We have a feeling that this is just the beginning!

Who do you think crashes Mariah and Tessa’s wedding? Could it be Diane, who tries to sneak in to watch Kyle officiate the nuptials? Share your thoughts and remember to keep watching the CBS soap to see what happens next.