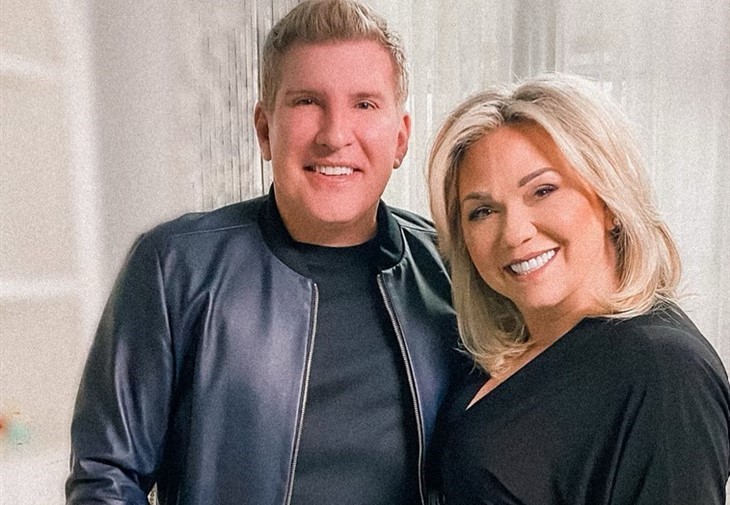 Chrisley Knows Best fans know that Todd Chrisley and his wife Julie got a lot of exposure for tax problems. Well, he didn’t just have to fight Georgia over allegations, but they also face federal charges. Not everyone is a tax expert and the fact that he faced two separate charges for tax offenses confused a lot of fans. Now, on Monday, May 16, the couple’s trial in Atlanta starts with the jury selection.

Tax evasion, bank fraud, wire fraud, and conspiracy charges arose when they lived in Tennessee. In the first case in Georgia, Todd denied everything and turned it all back on Joshua Waites. Alleging that the department was overzealous resulted in the Inspector General’s office agreeing that underhanded things took place. Naturally, the USA Network star’s fans celebrate the news. However, he still had to start working on clearing his name on Federal charges.

Chrisley Knows best fans noticed that these days Todd acts almost as if nothing in the world will stop his reality TV appearances. In fact, a new show called Love Limo arrives on E! and a new season of Growing Up Chrisley migrates there as well. Assitonally, a new season of the original show is on its way this year. Actually, he vehemently denied any wrongdoing and seems confident that the outcome of the federal charges will exonerate him.

Whilst many fans of the USA Network show celebrated the news that Waites stepped outside the law, Todd still faces prosecution in Atlanta and it starts on Monday. According to a report by Page Six, “Prosecutors allege that the couple submitted fake documents to banks when applying for loans.” Allegedly, Julie is “charged with one count of wire fraud and one count of obstruction of justice.” The claim is that she used a “false credit report and fake bank statements when trying to rent a house in California.”

Todd went quiet on his Instagram about the impending court case. Probably, his legal team takes a lot of his time these days. However, it’s possible that he refers to it in a cryptic way. On March 28, he posted up a card that read, “Imagine how different the gossip would hit if both sides of the story were told.”

Soon, fans who follow the court trial will probably hear both sides set out their versions of the allegations against him and Julie.

Be sure to catch up on everything happening with Todd right now. Come back here often for more Chrisley Knows Best spoilers, news, and updates.