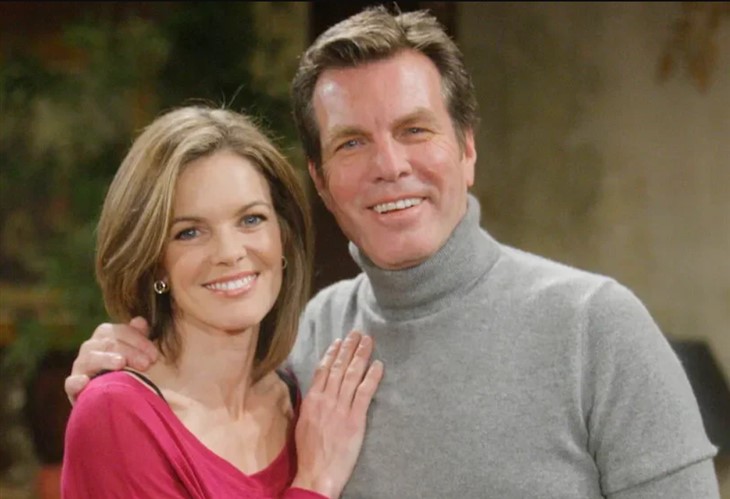 The Young and the Restless spoilers tease that Susan Walters (Diane Jenkins from 2001-2010) to be seen soon on Y&R. That comeback will need a believable explanation if she is returning to her original role.

Devoted viewers know that Diane is dead. She was killed by Nikki Newman (Melody Thomas Scott), in an act that was later ruled self-defense, more than ten years ago. The character was played at that time by Maura West, who currently plays Ava Cassadine on General Hospital.

Was Diane somehow never killed? That is possible in the soap world. Alternatively, Walters is returning as another character who is her look-a-like.

The Young And The Restless Spoilers – Diane Jenkins, In Review

Alex Donnelly (Diane) joined the cast of Y&R in the early 1980s. Her initial romantic target was Jack Abbott (Peter Bergman), but she later changed horses to Andy Richards (Steven Ford), who she married.

As a side note, Ford is the son of former United States President Gerald Ford.

Andy was partners with Paul Williams (Doug Davidson) at their detective agency. Loyal Y&R fans recognize Walters’ return as another opportunity for TPTB to have Davidson, one of the show’s most iconic actors, return to the cast.

Diane, who was a model and an architect, later fell for Victor Newman (Eric Braeden), marrying him twice.

She was Kyle Abbott’s (Michael Mealor) mother. That is an intriguing point because viewers just saw Mealor’s character, via video chat with his father, Jack, for the first time in months.

Allie Nguyen (Kelsey Wang) described her mother as someone who lives a million miles away and is self-involved. Allie is not expecting to receive support from her mother following her father’s death.

The late Keemo Volien Abbott, who changed his name to Hao Nguyen (Philip Moon), is Allie’s father. Viewers recently learned that he divorced his wife, who is Allie’s mother.

It is reasonable to believe that Walters projects as Keemo’s ex-wife and Allie’s mother.

The only way Y&R will avoid a soapy conundrum is if Walters is not returning as Diane, that character’s identical twin, jaw-dropping family member, or whatever other type of look-a-like.

Viewers may accept this actor in a new role, rather than asking them to believe Diane or a striking resemblance has miraculously returned.

Will The Duggars Be Back On TV?