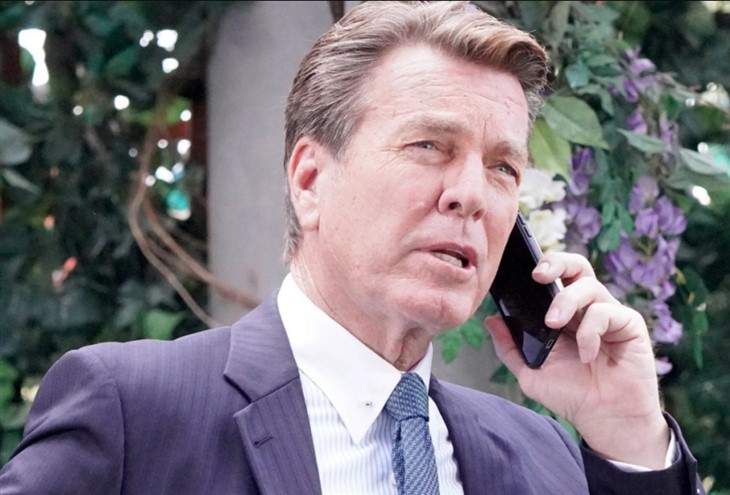 The Young and the Restless (Y&R) spoilers tease that Susan Walters is back as Diane Jenkins to the CBS sudser which would mean she’s not dead as everyone thought. According to Celebrity Dirty Laundry she is back for the current Jack Abbott (Peter Bergman) twisted family tree storyline—and boy does it appear to be gnarly.

Explosive show spoilers reveal that her being back from the dead is not the most spectacular bombshell to drop—this is gooooood folks!

The Young and the Restless spoilers say Diane will bring some exciting bombshells, so don’t miss what’s coming next.

The Young And The Restless Spoilers – Who Is Diane Jenkins?

Let’s unpack what we know so far. The smoking gun is a pic leaked on social media. In it Diane is standing in the LA living room associated with Jack’s dead son Keemo. Also in the frame are Jack and Allie Nguyen (Kelsey Wang), Keemo’s daughter and Jack’s granddaughter.

Let’s take a step back: Nikki Newman (Melody Thomas Scott) presumably killed Diane in self-defense as part of a murder mystery storyline back in 2011. At the time GH’s Maura West (Ava Jerome) was playing Diane, but now the show is bringing back Susan Walters’ for the latest storyline. Just as an aside, don’t you wish that you, too, could live out several lives like the soap characters do? Think of all the do-overs one could enjoy.

The million dollar question is, what is the connection between Jack, Diane, Allie, and the mystery texts?

Y&R spoilers – Who Is Sending The Mystery Texts?

Diane seems to be the center holding the raggedy mystery together. Show spoilers reveal there will be lots of twists and turns in the coming days and it is Diane who is holding all the answers.

Not only that, but how will people react upon seeing the “ghost?” Not everyone was buddies with Diane. Least of which was Phyllis Summers (Michelle Stafford). These two ladies were feud buddies which makes sense that it was Red who helped Jack try and get to the bottom of the mystery.

And what about Kyle Abbott (Michael Mealor)? He thinks his mom Diane is dead.  Kyle will no doubt want to confront Diane sooner or later and get some answers of his own.

The Young and the Restless spoilers: Who Is Diane to Allie and Keemo?

But we’re saving the best, juiciest speculation for last Y&R fans. Who is Diane to Allie and Keemo? Could she be – gasp—mother and wife? That would make Allie and Kyle what –siblings, niece and uncle, twice removed third degree cousins? Maury Povich will need to sort this mess out, oy vey!