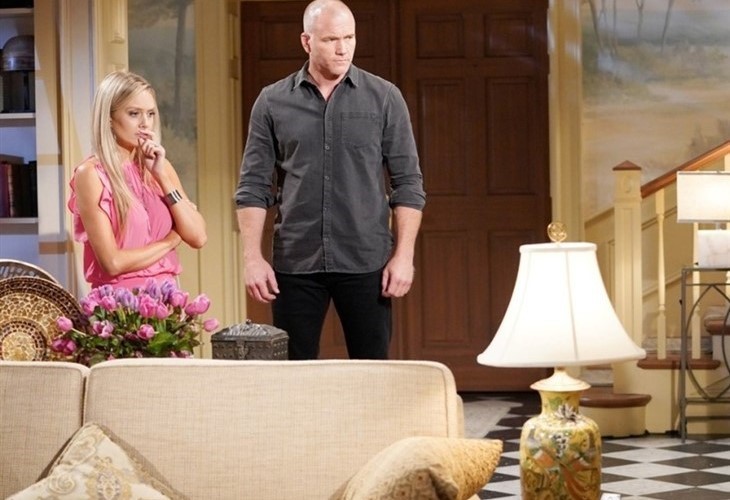 The Young and the Restless (Y&R) spoilers document that a paternity reveal will send shock waves across Genoa City, Wisconsin. But a second reveal projects as even more mind-bending.

Teasers indicate that Devon Hamilton (Bryton James) will learn that he is not Dominic Newman Abbott Winters Chancellor’s (Rainn and River Ware) biological father. That happens following tests that are conducted due to health issues Dom recently developed. So, who is the father of Abby Newman Abbott Chancellor’s (Melissa Ordway) child?

Ben Stitch Rayburn (Sean Carrigan) had the motive, means, and opportunity to make a switch in the laboratory. Abby learned that Stitch was broken when Mariah Copeland (Camryn Grimes) was pregnant.

Dom’s name may not have to be adjusted, even considering that blood tests hold, and Devon is not his father. It would be cruel to remove the name Winters at this point, as that is a fitting tribute to the beloved Neil Winters (Kristoff St. John).

Legal issues will be in play, with Christine Williams (Lauralee Bell) likely working to prevent Dom’s father from having a role in the boy’s life. Carrigan’s character can be written back into the show if a genetic link to Stitch is established.

As viewers recall, they last saw Stitch after he took Abby to where Mariah was held captive. Carrigan’s character was last seen in late August of last year. That was the same day that Mariah delivered the baby that Devon helped bring into the world.

Stitch was said to have left town and has eluded the law ever since. Stitch said that Max Rayburn (Jared Breeze) was not responding to the mental health treatment he was receiving at a facility.

The Rayburn’s were believed to be traveling together and have not often been referenced. That felt like an intentionally unfilled plot hole that can be addressed if TPTB decide to make Stitch the father of Abby’s baby.

Abby and Chance Chancellor (Conner Floyd) have endured so much within the last year-plus. They will be forced to deal with more stress if Stitch is revealed as Dom’s father, whether he is brought to justice or not.

It will make sense if this teased outcome happens, as Stitch is a doctor and would presumably have the ability to engineer this type of donor switch in the lab. His motive would have been to right the wrong Max caused when he set his stepmother, Abby, up to trip down the stairs at the Genoa City Athletic Club. She lost Stitch’s baby, with scarring issues preventing her from carrying a baby since then.

Along with Abby and Chance’s devastation, Devon and Amanda Sinclair (Mishael Morgan) will be crushed by this unanticipated blow. They can attempt to have a child in the future. But the erasure of this biological tie will prove intense.