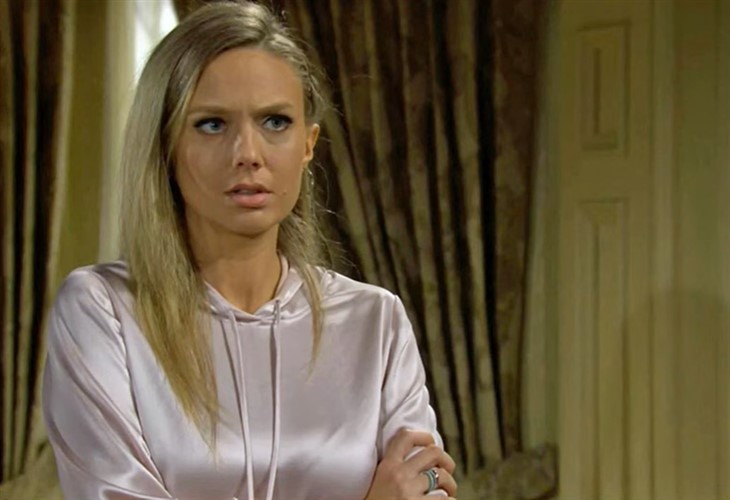 The Young and the Restless (Y&R) spoilers tease that the controversial Baby Dominic storyline unfolding on the CBS soap could be about to take a wild turn with the death of a major player.

Baby Dominic has lots of people who love him, and he has almost as many last names signifying his complicated history. Our inside source at CBS is hearing that the plot, one many fans detest, could come to an end with the death of Abby Newman (Melissa Ordway).

The Young And The Restless Spoilers – Will Abby Newman Face Tragedy?

In fact the rumor has been in place since last fall, even before the character’s husband Chance Chancellor was recast with Conner Floyd. The story was all kinds of catawampus in the beginning with major rewrites rumored to be executed based on the ludicrousness of the plot and fan derision.

Long story short, Dominic is the product of Abby’s desire to have a baby at any cost. Never mind that she did so after her newlywed hubby took a hike on her, and she was unable to carry a baby to term.

She pouted until Mariah Copeland (Camryn Grimes) agreed to be her surrogate and Devon Hamilton (Bryton James) agreed to provide the swimmers. From there the storyline took on a fantastical trajectory culminating in Mariah being kidnapped by Stitch Rayburn (Sean Carrigan), Abby’s psychotic ex, whose young son purposely tripped a then-pregnant Abby causing her to lose their baby.

This is soap fare and the plot is not farfetched by daytime standards. What was mind numbingly painful was the way the story was executed, with Abby depicted as a dimwitted one-note mom to be, broody Mariah moving in, Abby’s anxious MIL camping out and assorted others contributing to a meandering farce instead of a well-thought out, gripping plot.

The Young And The Restless Spoilers – The Fans Were Not Happy

As a result the story got a huge thumbs down from fans and to this day is a directionless mess. Chance is back but can’t bond with the baby, Devon huffed and puffed for more custodial rights, Abby’s mascara runs like a river. Will the show pull the plug by having Abby meet a tragic end? Our inside source at CBS has heard this scenario floated more than once, don’t be surprised if it comes to be.