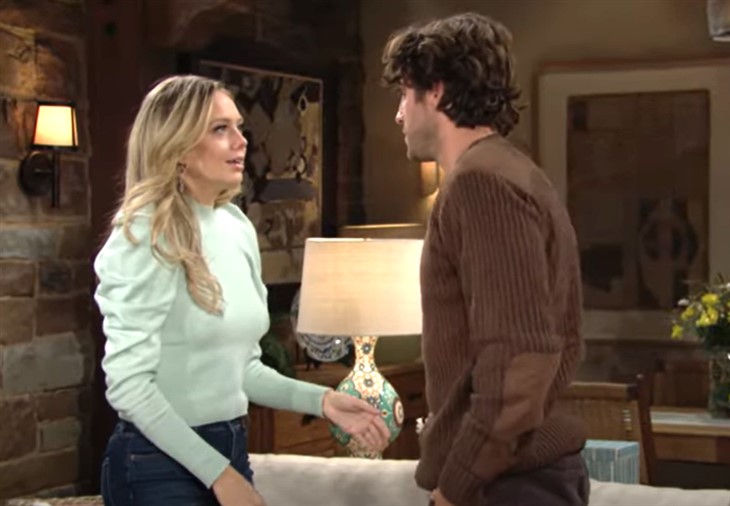 Chance is feeling pretty unworthy these days, since he blames himself for the deaths of his team and he’s carrying a pretty big load of survivor’s guilt. Survivor’s guilt happens when someone is the only survivor of a tragedy and holds themselves responsible for not being able to prevent the deaths of others, and feeling they should not have survived when no one else did. With Chance’s deeply ingrained sense of duty, it makes him susceptible to this type of guilt.

Y&R spoilers show that he didn’t want to come home to Genoa City until he brought those responsible for the bombing of the safe house where he and his team had been staying to justice. It was only when his section chief called him and released him with a promise that the perpetrators would be caught that he felt any better at all. Of course, he has no idea that Jack Abbott (Peter Bergman) got an idea of going over Chance’s head, and that was probably through an off screen call to Christine Baldwin (Lauralee Bell) who then would have had to go through some higher channels to make it happen.

Viewers of The Young and The Restless will see that Chance is being given an extravagant welcome home party held at the Grand Phoenix, where he and Abby Chancellor (Melissa Ordway) met and began their relationship. Chance had actually wanted to get out of the spy business and had started his own detective agency at the point when he and Abby married, shortly thereafter being hired by the Genoa City Police Department where he was going to be a regular cop. Viewers of The Young and The Restless will recall he was actually going to be Rey Rosales’ (Jordi Vilasuso) partner but then he was called away for this “one last mission” by the State Department and was gone, mostly under deep cover, for over nine months! Victor and Nikki Newman (Eric Braeden, Melody Thomas Scott) made the decision to set up the bash, which Chance really didn’t feel up to going to, but Abby had been making such a fuss that he decided he’d better make an appearance as “the star of the show”!

The Young And The Restless Spoilers – Chance Chancellor Comes Through, But Something Is Definitely Bothering Him

Chance is a kind of behind the scenes guy anyway. He mixed and mingled at his and Abby’s wedding and afterwards, but that was different! The wedding wasn’t all about him – as far as he had been concerned, his bride had been the star of the show there and deservedly so! At the Grand Phoenix bash, viewers of The Young and The Restless will definitely see a very much subdued Chance – and Abby especially will take note.

Chance should be happy and grateful to be alive and home with his wife and son, and at least be somewhat anxious to return to normal life again. But that feeling of dereliction of duty and failure to save his team haunts Chance, and he is having a very difficult time coping with it. Chance knows mentally that he did everything he could, but emotionally, he is having problems. It may eventually come to his needing to begin counseling or therapy – with someone who has been trained in these types of issues.