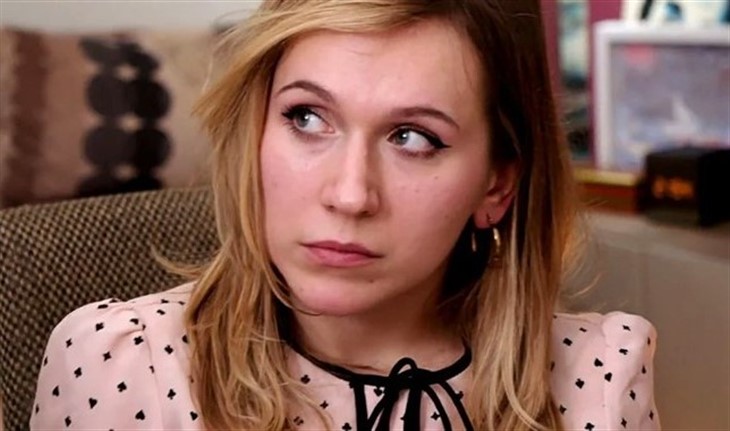 After her recent firing by TLC, 90 Day Fiancé star Alina Kasha has revealed images of her past work as a burlesque artist in Russia. One of the images was clearly risqué, attracting comments from her fans.

Alina and her American beau Caleb recently debuted on 90 Day Fiancé: Before the 90 Days. While the couple had an online relationship for many years, when they met in person, they had little chemistry. In fact, many fans of the show believed they were faking their relationship for fame. Some fans slammed Alina for pressuring Caleb to be intimate with her, but while many didn’t buy their love story, they enjoyed how their romance progressed on the show.

However, once racist comments surfaced on Alina’s social media, many fans lost interest and the reality star was soon fired by TLC. One example was an old Instagram post where she used the N-word. Meanwhile, as Alina believed that replacing the letter “g” with a “q” she probably thought there was nothing wrong. However, other posts have surfaced online where she openly mocks Asians and Muslims.

While Alina, 27, apologized for using racist words, many fans didn’t believe her apology was sincere. This finally led to TLC cutting ties with Alina and editing out her segments from the show.

While Alina was fired from the TLC reality show, she still has work as a burlesque artist. In fact, she recently posted images taken at her latest burlesque show. One image showed her in costume as she sang, while the second revealed her almost topless costume.

As the image was revealing, the Russian beauty apologized to her mother in advance. Her caption read, “Never have I ever imagined being very undressed on stage…. And feeling fabulous while doing this.”

“Had the best time performing for @ladies.of.burlesque swipe for a surprise picture (sorry, Mom!). But well…. This is burlesque, boo.” 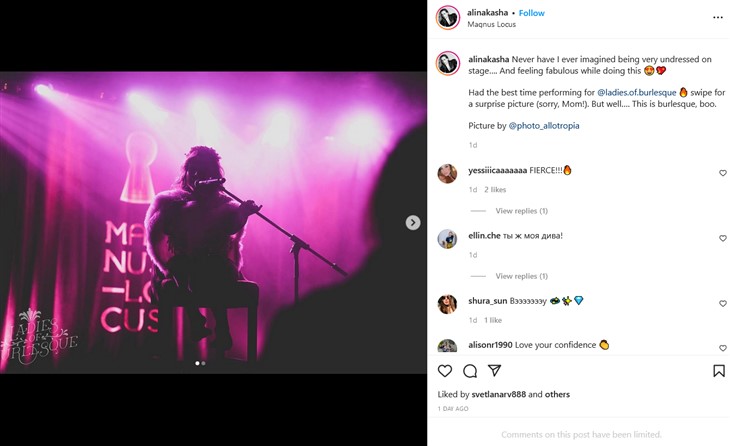 With this latest Instagram post, the 90 Day Fiancé star is still getting backlash from the racism scandal. In response to negative comments, Alina warned them that they can report her post all they want, but “these pics will be back anyway.”

However, she has retained many of her loyal fans, who admired the images, calling her “gorgeous” and “fierce.” One commented, “Honestly Holy s**t I must say your [sic] freaking gorgeous.” Another wrote, “Nothing wrong with what you are doing. Keep it classy.”

One fan noticed that Caleb hadn’t reacted to her images, or commented on them. This led to Alina tagging her American boyfriend in the comment, asking him, “Why?” As at the time of writing, he is yet to comment.

Meanwhile, it is impressive to note that Alina has kept her fan following, despite the racist comments.