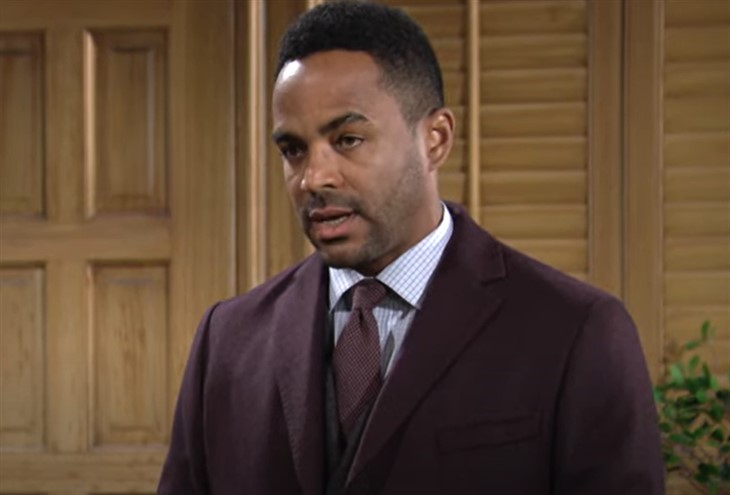 The Young and the Restless (Y&R) spoilers reveal that Nate Hastings (Sean Dominic) will fight Ashland Locke (Robert Newman). Nate is determined to do the right thing but it could come with a heavy price. This might be why it’s teased that Lily Winters (Christel Khalil) shares information with Nate. Will Nate end up surviving Ashland’s reinvention and escape scheme?

The Young And The Restless Spoilers – Nate Hastings Threatened

Y&R spoilers reveal that Victor Newman (Eric Braeden) urged Nate to help him take down Ashland. After the conversation, Nate asked Ashland if it was true. Of course, Ashland claimed to be the victim. Nate didn’t take Ashland’s word on it, though. Determined to find out the truth, Nate did some sleuthing and came to a shocking realization.

Nate confronted Ashland about lying about cancer. Instead of an explanation or apology, Ashland showed zero remorse. Then, Ashland threatened Nate.

After Ashland’s threat, Nate was stunned as this wasn’t the man he knew as his friend. Fans know that Nate is simply seeing the real Ashland. Not knowing what to do, Nate confided in Elena Dawson (Brytni Sarpy). Nate was advised to do the right thing despite Ashland’s threats. That is what Nate plans on doing, but he might not realize just how lethal Ashland can be when crossed.

The Young And The Restless Spoilers – Lily Winters Shares Intel

The Young and the Restless spoilers for the week of March 21 reveal that Lily will share some information with Nate. This has to be regarding Ashland and perhaps it’s a warning. Remember, the situation with Jesse Gaines (Jamison Jones) was never resolved. That could come up again when Lily shares the full story of Ashland’s exposé and lawsuit scheme.

Lily could warn Lily about how dangerous it is to get into a war with Ashland. Nate probably won’t back down but it might reignite the search into what really happened with Jesse.

Another story that was never fully explained was how Bobby DeFranco became Ashland. Sure, everyone has heard the tragic story of Ashland’s friend – the real Ashland – and taking over his identity after the man’s death. It probably was no accident that the real Ashland died.

It is confirmed that during the week of March 21, Ashland will formulate an escape plan. Could this plan include murder and reinviting himself once again? Could Ashland actually be thinking of killing Nate and then taking over his identity after fleeing Genoa City? Share your theories and remember to keep watching the CBS soap to see what happens next.

B&B Spoilers: Finn Tries To Calm Steffy About What Is Going On Between Thomas And Sheila

Duchess Of Cornwall To Concentrate On Her Health After Covid-19