Y&R Spoilers: Victor Needs To Save The World 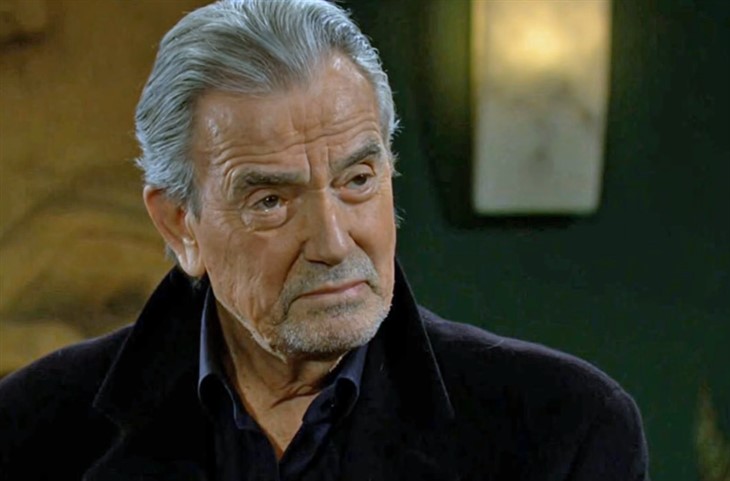 The Young and the Restless (Y&R) spoilers for Wednesday, March 16, 2022, reveal everything going wrong for Victor as he tries to save his company from a madman. But Victor always has things under control, doesn’t he?

The Young And The Restless Spoilers – Nate Hastings Gets A Shock

So far, every plan that The Great Victor Newman had to bring down Ashland Locke (Robert Newman) has not worked. Ashland called his bluff, Victoria Newman Locke (Amelia Heinle) is appearing to be as daft as ever. Michael Baldwin (Christian J. Le Blanc) is missing somewhere in Peru, and now his sons are fighting again. What’s a great man to do?

Get everything in order, that’s what. There is no way this man known as the Locke Ness Monster is going to destroy the company that Victor built from nothing just because his daughter isn’t very bright. He has to find yet another way to take Ashland down without hiring Victoria and this time, he thinks he has it.

The ultimate plan has finally formed in Victor’s head and it’s a good thing because Lauren Fenmore (Tracey E. Bregman) is coming after him. She wants to know what on Earth he did to her husband because she knew working for him was never going to be a good idea. Now that Victor has to face the wrath of Lauren, things are really going to get serious for him.

Y&R Spoilers – Nate Hastings Has A Decision To Make

Nate Hastings (Sean Dominic) has been played as much as Victoria, but he is a doctor and should have figured out his new BFF was lying through his teeth. Now, his new BFF is making threats because Nate finally knows what a liar he is and his career could be on the line. Plus, he feels hurt that he trusted someone he never should have trusted.

Now Nate has to turn to Elena Dawson (Brytni Sarpy) for advice and she doesn’t quite know what to say. She knew something seemed off with Ashland, but she wanted to trust him as much as Nate did. What are they going to do now? Maybe they should turn to Victor for help. Stay tuned to The Young and the Restless weekdays to see how these stories play out.

GH Spoilers: Was Jake Programmed By Helena, Ready To Be Activated?