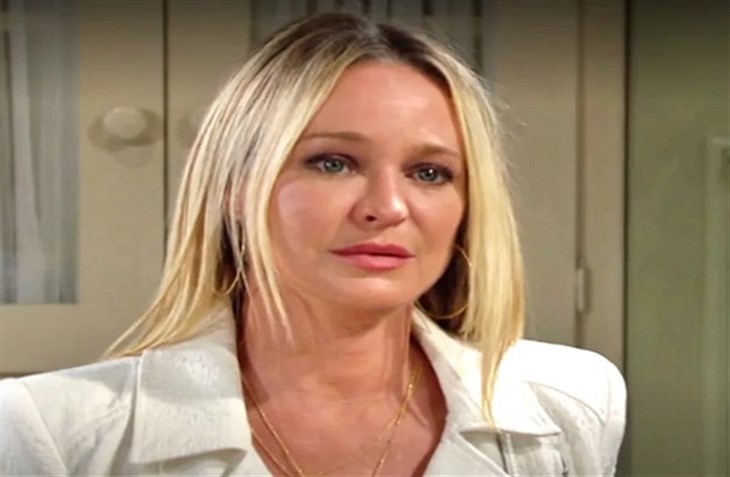 The Young and the Restless (Y&R) spoilers for Thursday, April 21, 2022, reveal Nick having to deliver news to Sharon that will change her life forever.

Sharon Newman Rosales (Sharon Case) knew there had to be something wrong when she heard about accidents on the road on a foggy night and knew that Rey Rosales (Jordi Vilasuso) had left the ranch with those hockey tickets and should have been back to pick up Chelsea Lawson (Melissa Claire Egan) and Connor Newman (Judah Mackey) already, but he never made it, which has Sharon on edge.

She is not prepared for the news Nick Newman (Joshua Morrow) is about to tell her, but her husband is dead and was killed in a horrible three-car crash. Does he bother telling her it was his sister, Victoria Newman Locke (Amelia Heinle), who caused the crash by driving in a hysterical state because she made the wrong choice of man again? Or is The Great Victor Newman (Eric Braeden) somehow going to decide to cover that up so Victoria doesn’t end up behind bars?

Still, how will Sharon cope? She will definitely need a shoulder to cry on and Nick has nobody in his life right now while Adam Newman (Mark Grossman) does,. However, where was Adam’s girlfriend, Sally Spectra (Courtney Hope), when she was supposed to be meeting for a romantic dinner? Hmmm…

Y&R Spoilers – Victor Newman And Nikki Newman Are In Shock

Victor and Nikki Newman (Melody Thomas Scott) are finally with Victoria as she tells them everything that happened, from seeing the headlights coming at her to Ashland Locke (Robert Newman) following behind her. It was also Ashland who got her out of that car and to safety.

Considering how they feel about Ashland and all the lies he has told, they are quite surprised to learn that he came through when Victoria needed him most, but will this change their mind about him?

Most importantly, will it change Victoria’s mind about this man who has lied to her so much but fell in love with her along the way? Stay tuned to The Young and the Restless weekdays to see how these stories play out.

B&B Spoilers: Hope’s Not Giving Her Man To Steffy

Days Of Our Lives Spoilers: Wedding Day Disasters On Their Way