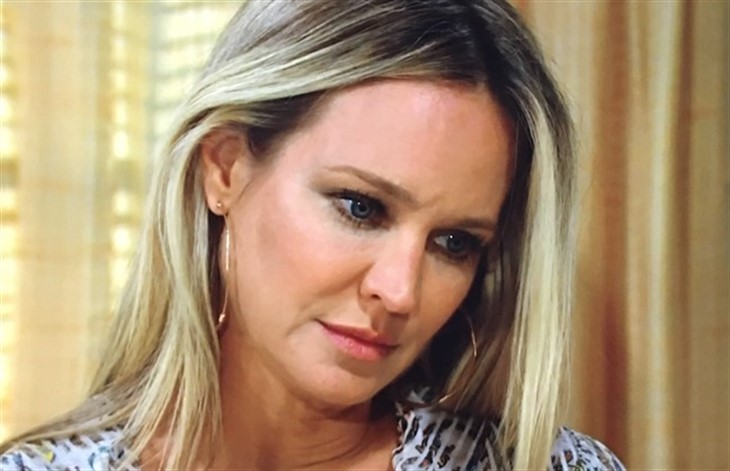 The Young and the Restless (Y&R) spoilers reveal that Sharon Rosales (Sharon Case) will make a trip to Miami. After the off-screen funeral for Rey Rosales (formerly played by Jordi Vilasuso), Sharon will face new drama. Not only will Sharon be getting ready for the “Teriah” wedding, but Nick Newman (Joshua Morrow) is struggling with a moral dilemma.

The Young And The Restless Spoilers – Miami Funeral For Rey Rosales

Y&R spoilers reveal that Sharon has decided to honor Celeste Rosales’ (Eva LaRue) wishes. Even though the actual funeral will be in Miami, Sharon will have a memorial service in Genoa City. Once that is done, Sharon and Rey’s body will go to Miami. However, the funeral will be off-screen.

Once Sharon returns from Miami, she will have to deal with a lot of drama in Genoa City. First, Sharon is going to keep busy with Tessa Porter (Cait Fairbanks) and Mariah Copeland’s (Camryn Grimes) wedding plans.

Sharon and Nick will also be faced with a ghost from the past, which is Diane Jenkins (Susan Walters). Of course, there is also the whole situation with Adam Newman (Mark Grossman), Victoria Newman (Amelia Heinle), and Ashland Locke (Robert Newman). Sharon might also find out how much Chelsea Lawson (Melissa Claire Egan) blames herself for Rey’s death.

The Young And The Restless Spoilers – Nick Newman’s Moral Dilemma

The Young and the Restless spoilers reveal that Sharon and Nick have been getting close again. This began before Rey’s death. Nick has been going to Sharon to get advice about situations in his life. One dilemma that Nick will face is Ashland’s offer and Victoria’s suggestion.

Ashland wants to donate half of his payoff to New Hope. That’s $250 million, which could go so far in helping others. However, Nick doesn’t want to accept it because he’s convinced that it’s just Ashland’s way of trying to do damage control. However, Victoria thinks that Nick should take that money. It’s teased that Nick will face a moral dilemma, so Sharon might help give him some advice.

It is teased that after Sharon goes through the grieving process, she could find love again. There are a lot of clues that Nick and Sharon could get back together. Of course, no relationship in soaps is without drama. So, we have to wonder what kind of challenges Nick and Sharon will face.

What do you think is the drama that Sharon will face when she returns from Rey’s funeral in Miami? What does the future hold for Nick and Sharon now that Rey is gone? Share your thoughts and remember to keep watching the CBS soap to see what happens next.