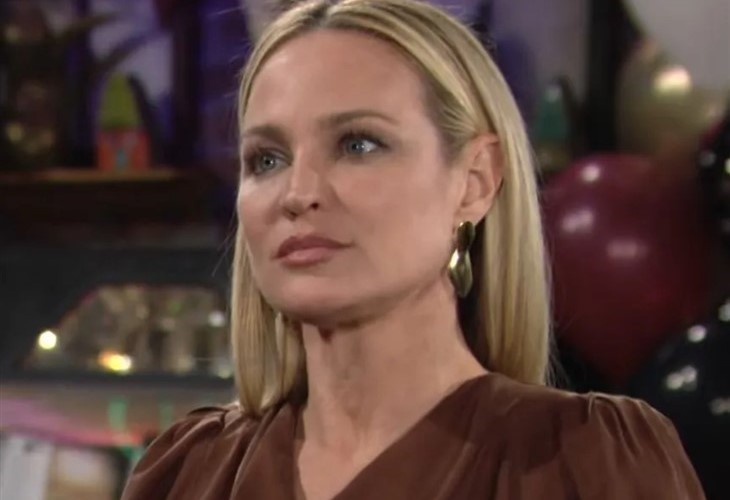 The Young and the Restless spoilers reveal that Sharon Rosales (Sharon Case) could dive into a career change. This might be facilitated by Nick Newman (Joshua Morrow), especially since it looks as if Jabot will buy Marchetti, which means Summer Newman-Abbott (Allison Lanier) will stay in Genoa City. Plus, it sounds as if Summer has big plans for the company.

The Young And The Restless Spoilers – Will Jabot Buy Marchetti?

Y&R spoilers reveal that Summer shared some concerning information about her job with Kyle Abbott (Michael Mealor). Summer discovered that Marchetti isn’t as financially stable as everyone thinks.

Summer pitched the idea of Jabot buying the company. It’s pretty likely that Jack Abbott (Peter Bergman) will make it happen as he wants Kyle, Summer, and Harrison Locke (Kellen Enriquez) back in Genoa City for good.

Summer seems to have some big plans for the company. Summer has already talked to Chelsea Lawson (Melissa Claire Egan) about her venture with Chloe Mitchell (Elizabeth Hendrickson) and Lauren Fenmore Baldwin (Tracey E. Bregman). It sounds like Summer is considering tapping into that talent.

Of course, Summer could always put her beef with Sally Spectra (Courtney Hope) aside and try to lure her away from Adam Newman (Mark Grossman) as well. After all, Summer can’t deny that her wedding dress for Victoria Newman (Amelia Heinle) went viral. Summer will want to get all the good talent on her team.

The Young And The Restless Spoilers – Nick Newman’s Idea

The Young and the Restless spoilers reveal that Sharon could also end up working for Summer. Sharon is a psychologist but seems to rarely meet with clients. Plus, there is the coffee shop that keeps her busy.

Sharon might feel content where she is career-wise, but Nick might think the coffee shop is too much of a reminder of Rey Rosales (formerly played by Jordi Vilasuso). Could Nick suggest that Summer hire Sharon?

In a recent issue of Soap Opera Digest, actress Sharon Case mentioned that Sharon could go through a big life change. The Young and the Restless actress teased that Sharon could change her life or career and might end up going in a new direction. So, we will have to see what kind of new change Sharon goes through in the next few weeks.

What do you think is next for Sharon? Could Summer try tapping into Chelsea and Summer’s fashion talent? Will Nick help Sharon take her career in a new direction? Should that new direction be a career in the fashion business? Share your thoughts and remember to keep watching the CBS soap to see what happens next.