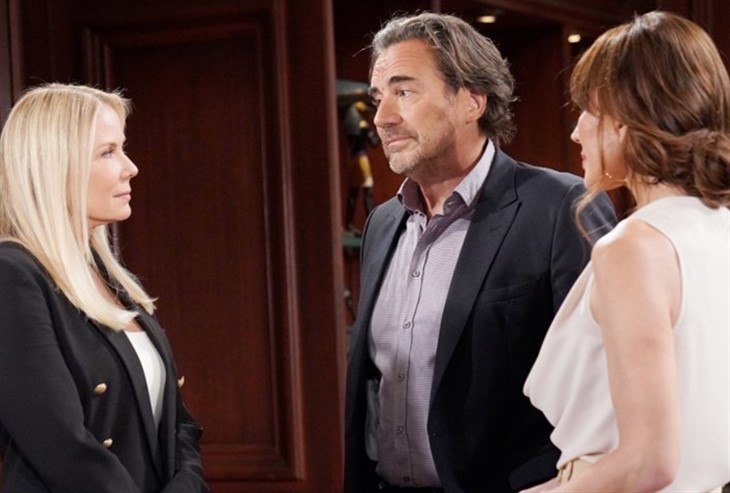 The Bold and the Beautiful spoilers document that Ridge Forrester (Thorsten Kaye) and Taylor Hayes (Krista Allen) decided it was best to keep what they recently learned about their son to themselves. Sheila Carter (Kimberlin Brown) dropped the reveal on Thomas Forrester’s (Matthew Atkinson) head.

The Bold And The Beautiful Spoilers – Thomas Forrester Has Reformed?

Thomas retains a bit of his dark side days. Atkinson’s character is unquestionably behaving better than he was during the period when he was obsessed with Hope Logan, who became Hope Spencer (Annika Noelle).

While Thomas may never be reformed, his intent in withholding this particular piece of information involved confliction rather than deception. He believed that his parent’s efforts to reconcile might be derailed if Ridge learned why Brooke drank that night.

Ridge and Taylor are well within their rights as Thomas’ parents to want to handle his misguided decision on their own. In effect, they are choosing to do what he did in not telling Brooke.

Kaye’s character recently moved back with his father. He hopes to attain an unbiased perspective by not living with Brooke or Taylor. Although Ridge was not living with Taylor but staying in the guest house at Steffy’s cliff house where Allen’s character is living.

It becomes possible that Ridge is giving Brooke a reason doubt her desire to reconcile with him whenever she learns that her husband knows about Thomas’ involvement and decided to withhold that plot point from her.

The Bold And The Beautiful Spoilers – Brooke Logan Forrester Changes Her Mind?

Brooke thinks that she gave Ridge a reason to distrust her because of what happened because of the champagne label switch. It is reasonable to believe she will feel betrayed when learning that Ridge did not share the full story with her.

It is really not a question of if Brooke will learn what Thomas knew and that Ridge later learned about his son’s choice. Instead, because this is daytime, it is a matter of when.